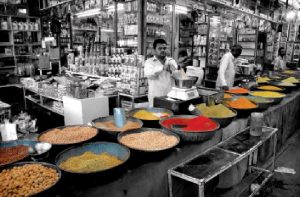 Confirmation of this alarming inflation comes from none other than the Reserve Bank of India. The RBI in its Annual Report released on August 25, 2020 confirms that in India during December 2019-February 2020, headline inflation breached the upper tolerance band for inflation mandated for the monetary policy committee (MPC). The intra-year distribution of inflation also had a high positive skew, reflecting the spikes in food inflation during the second half of the year.

It was only last year in 2019 that the Finance Minister Nirmala Sitharaman had claimed, “Inflation is absolutely under control. Nobody can question our government on inflation. Inflation has not risen since 2014. It was up during 2009-14 (during the UPA-II). The price rise was in two digits for commodities during that period”.

The RBI report confirms that food prices, which account for close to half of the inflation basket, have soared since April 2020 due to supply-side disruptions caused by a nationwide lockdown imposed to contain the spread of the coronavirus. The writing is on the wall. A massive rise in food prices pushed India’s retail inflation to a 68-month high of 7.60 per cent from 5.54 per cent in November, while the wholesale price-based inflation shot up to 2.59 per cent from 0.58 per cent in the same period. These figures, along with the dismal GDP growth projections, are deflating the government’s tall claims of having contained inflation.

After trending below the target of 4 per cent during the first half of 2019-20, headline inflation spiked during the second half and reached a multi-year peak of 7.6 per cent in January 2020 (highest in 68 months). Also an atypically prolonged south west monsoon (SWM) along with unseasonal rains during the kharif harvest period led to crop damages and supply disruptions which pushed up food prices, especially those of vegetables, from September to December 2019.

For the year as a whole, inflation picked up to average 4.8 per cent in 2019-20, 136 basis points (bps) higher than a year ago. With the uptick in headline inflation from September 2019, households’ median inflation expectations hardened during the second half of 2019-20 by 103 bps three months ahead and by 133 bps a year ahead.

The dynamics reversed during the second half, with food inflation remaining significantly above the headline and inflation excluding food and fuel pacing below it. Inflation in fuel prices had eased below headline inflation from February 2019 to February 2020, but rose above it in March 2020.

Inflation in prices of food and beverages leaped from 1.4 per cent in April 2019 to 12.2 per cent in December 2019. Consequently, its contribution to overall inflation surged to 57.8 per cent in 2019-20 from 9.6 per cent a year ago. The delay in the onset of the southwest monsoon (SWM) by around a week, followed by a considerably longer delay in withdrawal (by 39 days), led to the persistence of high momentum in food prices.

Additionally, cyclonic storms and unseasonal rains resulted in supply disruptions and damage to kharif crops, primarily vegetables and pulses, during December-January 2019-20. Price pressures soon became broad-based and were also observed across items such as cereals, milk, eggs, meat and fish, and spices. The delayed winter easing of vegetables prices brought some relief during January-March 2020.

The crop damage resulted in a historically high build-up of momentum; consequently, vegetables price inflation rose to an all-time high of 60.5 per cent in December 2019.

Within vegetables, onion prices dominated the build-up in upside pressures right from June 2019 in the wake of a slump in market arrivals due to reduced rabi onion acreage because of drought-like conditions.

Onion price inflation skyrocketed to 327.4 per cent in December 2019. Supply side measures, including imposing a minimum export price (MEP) of US$ 850 per tonne, banning export of onions, imposing stock holding limits on wholesale traders and retailers in September 2019, and announcement of import of 1.2 lakh tonnes of onions from Turkey, Afghanistan and Egypt during November-December 2019 did not, however, fully alleviate price pressures.

Potato prices also picked up throughout the year (barring September 2019 and February 2020), primarily due to untimely and excess rains, which damaged crops ready for harvest and disrupted supplies to markets.

Consequently, potato price inflation reached an all-time high of 63 per cent in January 2020, after emerging out of 7 months of continuous deflation in November 2019. In the case of tomato prices, inflation peaked at 70 per cent in May 2019 and remained in high double digits till December 2019, due to delayed harvesting in Maharashtra and fungus-damaged crops in Karnataka, coupled with the supply disruptions referred to earlier in key supplier states – Karnataka, Maharashtra and Himachal Pradesh. Tomato prices, however, moderated during November 2019 – February 2020, in line with the usual seasonal pattern.

Prices of cereals and products also witnessed a build-up in upside pressures during 2019-20, rising almost continuously. These prices shot up from 1.2 per cent in April 2019 to around 5.3 per cent during January-March 2020.

In the case of wheat, inflation averaged around 6.5 per cent during the year, capped by higher procurement which also economized on imports (31.4 per cent lower in 2019-20). Non-PDS rice prices emerged out of 11 months of deflation in October 2019 on account of positive price pressures and unfavorable base effects to reach an inflation level of 4.2 per cent in January 2020.

Milk and products prices were another pressure point during the year. Increase in procurement prices of milk led to major milk co-operatives like Amul and Mother Dairy raising retail milk prices by ‘2-3 per litre twice — during May and again in December 2019.

This was followed by similar hikes by milk co-operatives in other states, elevating the momentum of milk and products prices during the year. Increases in the cost of production because of reduced availability of fodder also contributed to an upward revision in procurement prices and, subsequently, in retail prices. Milk price inflation peaked during the year at 6.5 per cent in March 2020.

Inflation in protein-rich items such as eggs and meat and fish averaged 4.5 per cent and 9.3 per cent, respectively — the highest in the last six years — and together, they contributed 13.7 per cent of overall food inflation during the year. Meat and fish prices reflected higher feed prices, especially of maize and soybean.

Along similar lines, egg prices witnessed heightened prices during September-January 2019-20. With the outbreak and spread of COVID-19, however, the consumption of poultry slumped and prices moderated during February-March 2020.

Among other major food items, sugar and confectionery, and oils and fats also contributed positively to overall food inflation, reflecting a decline in domestic production in the case of the former and higher international prices in respect of the latter.

Prices of spices, especially of dry chillies and turmeric, registered significant pressures due to a reduction in the area under production.

The RBI report suggests that there are other indicators of inflation and during 2019-20, sectoral CPI inflation based on the consumer price index of industrial workers remained elevated and reached 9.6 per cent in December 2019 (highest in 73 months), primarily due to housing and food prices.

Inflation based on the consumer price index of agricultural labourers and the consumer price index of rural labourers, which do not have housing components, also increased during the year and reached 11.1 per cent and 10.6 per cent, respectively, in December 2019 (highest in 72 months) before easing thereafter, on softening of food prices and favourable base effects.

The RBI report says that the heightened volatility in financial markets could also have a bearing on inflation. All of these may influence inflation expectations of households, which are adaptive in nature, and show significant sensitivity to shocks to food and fuel prices. Monetary policy, therefore, has to keep a constant vigil on price movements, especially as they can translate into generalized inflation.

For the government, this is no time to wait and watch as the common man’s patience is under test. The government needs to adopt a proactive approach to bridge the demand-supply gap and to act against hoarders who are out to make a quick buck by exploiting the precarious situation triggered by coronavirus pandemic. It may be the act of God but the fact remains that high inflation combined with high unemployment and stagnant demand is damaging not only the economy but the social fabric as well. 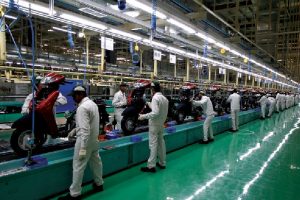 Another matter of concern is the estimates of Gross Domestic Product released on August 31, 2020 by the National Statistical office of the Ministry of Statistic and Programme Implementation for first quarter April to June 2020-21. According to the report, the GDP at Constant Prices in the first quarter of 2020-21 is estimated at  26.90 lakh crore, as against  35.35 lakh crore in quarter first of 2019-20, showing a contraction of 23.9 percent as compared to 5.2 percent growth in the first quarter of 2019-20. 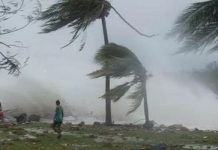