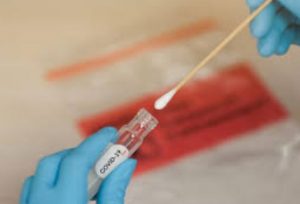 Union Health Ministry has noted that in some large States, symptomatic negative cases tested by Rapid Antigen Tests (RAT) are not being followed up by RT-PCT testing.

The Guidelines of ICMR, as well as the Union Health Ministry, clearly state that the following two specific categories of persons must necessarily be retested through RT-PCR tests, All symptomatic (fever or cough or breathlessness) negative cases of Rapid Antigen Tests (RAT), Asymptomatic negative cases of RAT that develop symptoms within 2 to 3 days of being tested negative.

In this background, the Union Health Ministry and ICMR have jointly written to all the States, UTs and urged them to ensure that the all symptomatic negative cases of RAT are mandatorily retested using the RT-PCR test. This is necessary to ensure that such symptomatic negative cases do not remain untested and do not spread the disease among their contacts. This will also ensure early detection and isolation, hospitalization of such false negatives. It has also been reiterated in the joint letter that while the RAT is being used to increase access and availability of testing in the field, RT-PCR remains the gold standard of COVID tests.

The Union Health Ministry has also urged the States, UTs to urgently establish a monitoring mechanism in every district (a designated officer or a team) and at the State level to follow up such cases. These teams shall analyse details of RAT conducted on a daily basis in the Districts and State and ensure that there are no delays in retesting of all symptomatic negative cases. The aim of States, UTs should be to ensure that no potentially positive case is missed out. They have also been advised to undertake an analysis on a regular basis to monitor the incidence of positives during the RT-PCR tests conducted as a follow-up.

Lockdown boom for UPI fraudsters: How to keep your money safe 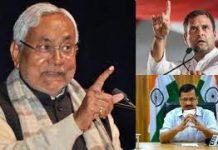