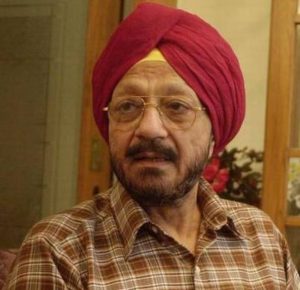 Renowned commentator Jasdev Singh, whose voice captivated millions, died, on Tuesday in Delhi after prolonged illness. He was 87.

Singh is survived by his son and daughter.

Minister of State for Sports and Information and Broadcasting Rajyavardhan Singh Rathore expressed his sadness at Singh’s demise.

“It is with deep sadness that I note the demise of Sh Jasdev Singh, one of our finest commentators. A veteran of @AkashvaniAIR & @DDNational, he covered 9 Olympics, 6 Asian Games & countless Independence Day & Republic Day broadcasts. His demise is truly the end of an era,” Rathore tweeted.

Congress leader and former chief minister of Rajasthan Ashok Gehlot also expressed condolences and said, “My heartfelt condolences on the passing away of renowned commentator Sh. Jasdev Singh… Padma Bhushan awardee Sh. Singh was considered the voice of Indian sports on Doordarshan.. His contribution will always be remembered. May his soul rest in peace.”

Juan Antonio Samaranch, the former International Olympic Council chief honoured Singh with the ‘Olympic Order’ at the Seoul edition in 1988, for his role in spreading the Olympic movement.

Singh also did commentary from 1063 for the Republic Day celebrations for 48 long years.