One of the oldest surviving writers in this part of the subcontinent, 95-year-old diplomat turned author Pran Nevile, is not halting the flow of words. One book after another — Lahore: A Sentimental Journey, Love Stories From the Raj, Nautch Girls of India, Rare Glimpses of the Raj, Raj Revisited, KL Saigal: Immortal Singer and Superstar, Marvels of Indian Painting, Behind The Veil: Indian Women In The Raj, Sahib’s India: Vignettes From the Raj, Stories From The Raj: Sahibs, Memsahibs and Others, Carefree Days: Many Roles, Many Lives.
And now, this spring, comes the latest from Pran Nevile — Passionate Players (BookWise), which as the title relays are essays on legends of the world of classical music — K L Saigal, Pankaj Mullick, Master Madan, Kanan Devi, Khurshid, Tamancha Jaan, Suraiya, Noor Jahan, Jahanara Kajjan — the list of the passionate players is indeed long!
And whilst reading the long and short details to each one of these men and women, what comes across as somewhat surprising is the fact that Pran Nevile does not dwell on any of the political build ups of that bygone era; not to be overlooked is the vital fact that when those classical strains were coming through, the country was going through politically turbulent times. One of those turning points in the recent history of the country — the very Partitioning phase.
“No, I didn’t want any politics to come in the writings. After all, I w as concentrating and focusing on the classical singers of this subcontinent. Till date I have avoided writing or focusing on any type of politics or politicians. Even when I’m invited to literature festivals in Pakistan I never comment on politics. I tell the audience that I’ll not entertain queries related to diplomatic or political relations between the two countries…it’s the same set of rules I follow here. I can write volumes on any given topic related to music and arts and culture but not on politics. I’m never going to break this rule,” Nevile said.

And even here he follows a certain rule — he writes long hand. No computers for him. Just sheets of paper and the good old pencil, which he uses in that un-stoppable way to jot down his experiences and interactions and meetings with the who’s who of the world of classical music and arts and literature.
Though this volume is laced with details of the entire range of classical singers, renderers, performers of the years gone by, one name stood out — Lahore’s Tamancha Jaan. And as I read his essay on her, whom he describes as “a star of the 1940s”, what also caught my attention were her two accompanying photographs. One of her prime and the other of the ageing years. Pran Nevile had last met this singer in around the year 2000 in Lahore and to quote him from his essay, “Meeting Tamancha Jaan after nearly 52 years was a moving and a memorable experience during my visit to Lahore. Who is Tamancha Jaan? A singer nonpareil, now forgotten, she was the reigning queen of song during the 40s in Hira Mandi, the entertainment quarter of Lahore…”
• • •
What makes this volume different is the fact that besides details of the singers’ professional lives, there’s much focus on their personal aspects. And in the essay on Master Madan, the child prodigy, who died before he turned 15 yet left such a mark that till date he’s considered a genius, Nevile focuses not just on his outstanding talent but also on his death. He was poisoned to death by his rivals, who mixed mercury in milk and poison in his paan. And of course, little -heard -of details to Suraiya, Geeta Dutt, Kanan Devi, Jahanara Kajjan, Noor Jehan, Khurshid, Pankaj Mullick, KL Saigal, Rani Jindan, Muddupalani, Begum Sumroo, Lal Kunwar. This volume is for those who are passionate enough to know more details of the lives of the passionate players of yesteryears.
[email protected] 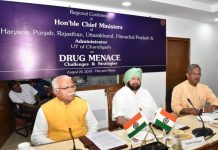