“Sukhu dukhu dono sam kari, jaanai auru maanu apamaanaa”, said Hind Di Chadar Sri Guru Tegh Bahadur ji, the ninth Guru whose 400th anniversary or Prakash Purab is being throughout the year and it means we must live our lives in the same way in happiness and sorrow and in honour and humiliation. Guru’s message is most relevant today when we are amidst a  grave pandemic and will be relevant in times to come.
A write-up by BHARAT HITESHI 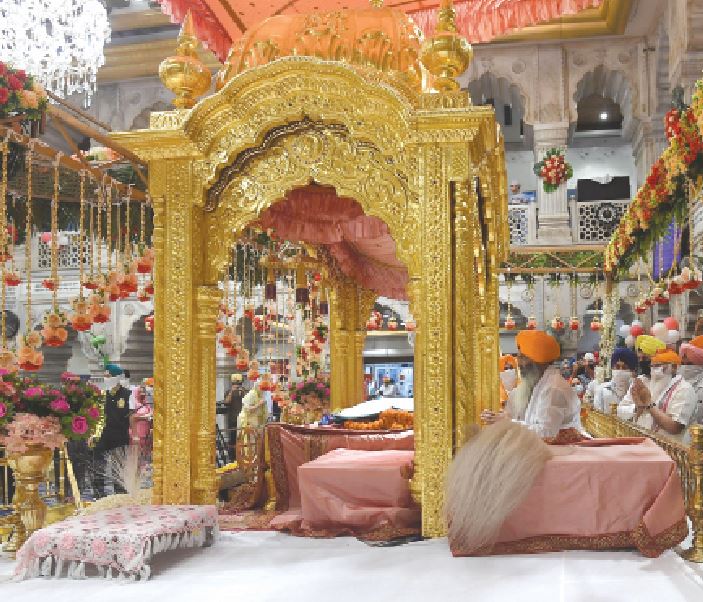 Guru has shown us the purposes of life and has given us the path of equality, harmony, and renunciation. He is remembered as the Guru who championed the rights for all religious freedom. No period in the last four centuries can be imagined without the influence of the ninth Guru, Guru Tegh Bahadur ji. Though the Shiromani Gurdwara Parbandhak Committee (SGPC) has decided to cancel the plan of grand events to be held at Bhai Gurdas Ji Nagar and has also dedicated its Guru Ram Das Charitable Hospital for the treatment of Covid patients, these ceremonies will now be held at the Diwan Hall of Gurdwara Sri Manji Sahib at the Golden Temple. A series of events are being organised at Gurdwara Guru Ke Mahal, the birthplace of the ninth Guru, in Amritsar.
However, the 400th Prakash Purab would be held throughout the year with the use of digital technology and Guru Tegh Bahadur ji’s ‘shabads’, his psalms, the literature to inspire the people will be easily accessible to the new generation all over the world virtually. The Sikh Guru tradition starting with Guru Nanak Dev ji to Guru Tegh Bahadur ji and finally Guru Gobind Singh ji has been a complete philosophy of life in itself. Earlier, the nation saw celebration of the 550th Prakash Purab of Guru Nanak Dev ji, the 400th birth anniversary of Guru Tegh Bahadur ji and the 350th Prakash Purab of Guru Gobind Singh ji. The significance of life can be understood by following the lives of Gurus-there was the highest sacrifice in their lives as well as endurance and there was also the light of knowledge in their lives, and there was spiritual stature also.
Time has come to take the life and teachings of Guru Tegh Bahadur ji as well as the entire Guru tradition to the world to inspire humanity. The traditions can be understood if we go through how the Sikh community and millions of followers of our gurus are following in their footsteps, how Sikhs are performing great social service and how gurudwaras are the conscious centres of human service.
It was earlier this month that Prime Minister Narendra Modi chaired a meeting of the High-Level Committee to commemorate the 400th Birth Anniversary (Prakash Purab) of Sri Guru Tegh Bahadur Ji through video conferencing. Union Home Minister Amit Shah and Punjab CM Captain Amarinder Singh also attended the meeting to discuss the year-long calendar of events planned to mark this special occasion. The Punjab CM has already unveiled the logo of the state-level 400th Birth Anniversary Celebrations of Sri Guru Tegh Bahadur ji. A Nagar Kirtan was also held on April 23, starting from Guru Teg Bahadur ji’s birth place at Guru Ka Mahal in Amritsar and culminating at Baba Bakala to mark the launch of the event. Separate development projects and funds have been earmarked for Anandpur Sahib and Kiratpur, the two towns associated with the great Guru and Chief Secretary Vini Mahajan is coordinating with concerned departmental.

Guru Tegh Bahadur is famously known for the protection he provided to the Sikhs and the Hindus against a 17th-century law that forced them to convert to Islam. He is also famous for having made long journeys to places such as Kashmir and Assam in the country to preach the tenets of Guru Nanak. He was executed in the city of Delhi on the orders of Mughal Emperor Aurangzeb after he refused to embrace Islam. His son Guru Gobind Singh, the last Guru of the Sikhs, transformed the community into a martial race to counter the might of the Mughals.
According to SGPC president Bibi Jagir Kaur “There was a lot of enthusiasm among the sangat for the centenary celebrations, but due to Covid-19, there would not be a large gathering. A series of events are being organised at Gurdwara Guru Ke Mahal, the birthplace of the ninth Guru in Amritsar, which is being telecast live through various platforms. During the centenary, similar events will be telecast live so that the sangat of the country and world can get connected with the historic day celebration. During the centenary celebrations, links would be provided to the channels for live coverage for the events”.
She added, “Covid-19 has affected the whole world and as always the SGPC is working for the betterment of humanity even in this time of crisis. Although, the SGPC was already providing better treatment to the corona patients at its healthcare institutions, now in view of the critical situation, Sri Guru Ram Das Charitable Hospital at Chatiwind Gate has been completely dedicated for the corona patients.” She said, “A total of 100 beds have been provided here and the corona vaccination facility is also being provided free of cost. SGPC has made arrangements for vaccination at Sri Guru Ram Das Medical College Vallah, Sri Guru Ram Das Charitable Hospital Amritsar, Baba Buddha Ji Hospital Bir Sahib, and at Fuhara Chowk Amritsar.
The supreme sacrifice for the cause of human dignity, liberty, freedom of worship and teachings, and the martyrdom of Guru Tegh Bahadur ji conveys a message of everlasting significance and represents universal and inalienable values that are the right of every human being. 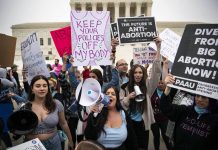