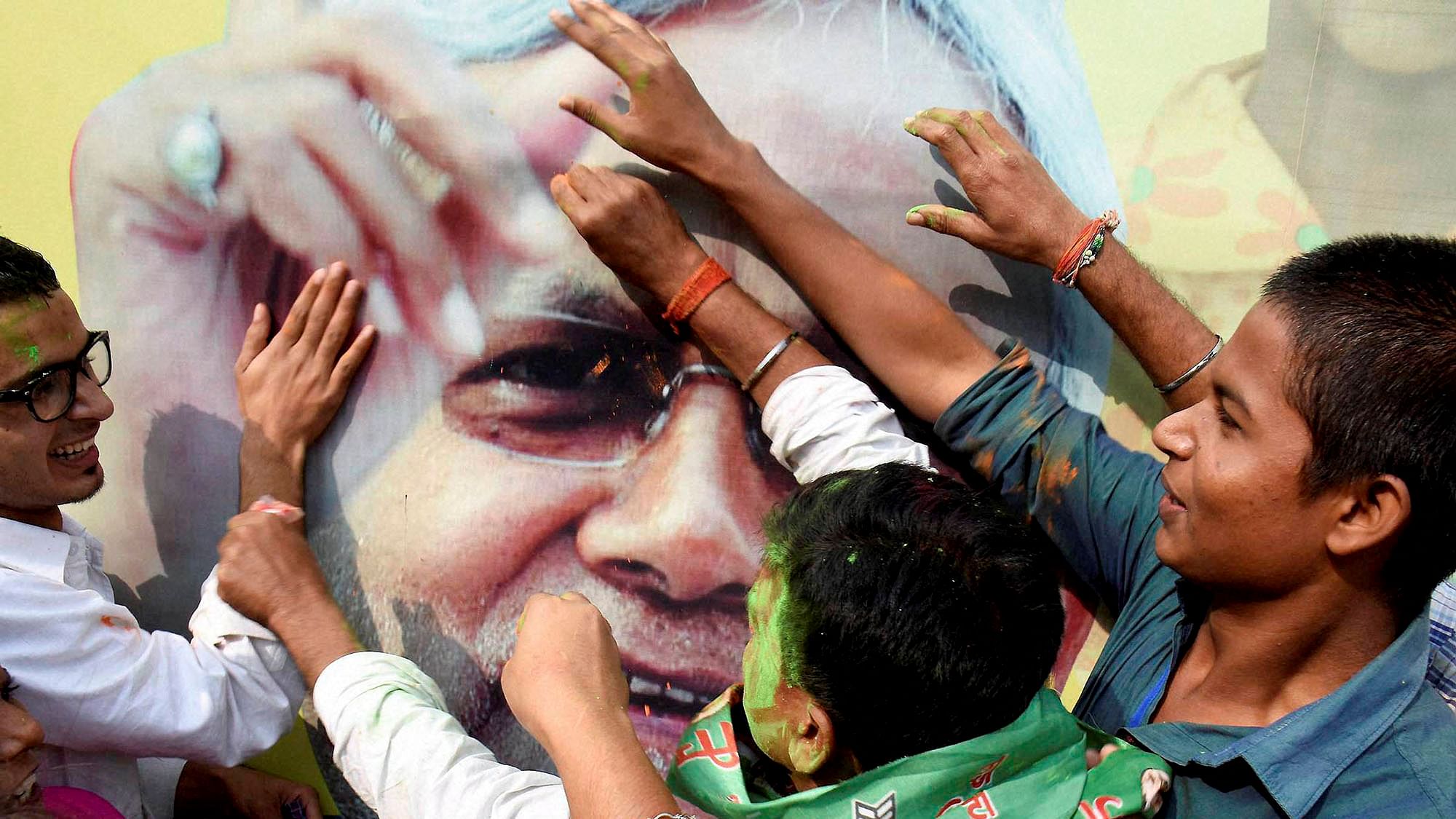 The results of the by-polls in 29 assembly and three parliamentary constituencies held across 13 states and one Union Territory indicate that the BJP will face a stiff challenge from regional parties and strong state leaders.

The BJP will face a stiff challenge from regional parties and strong state leaders in the 2024 Lok Sabha elections if the recent by-polls in 29 assembly and three parliamentary constituencies across 13 states and one Union Territory are an indicator.

The assembly by-elections covered most regions of the country and were held in five seats in Assam, four seats in West Bengal, three seats each in Madhya Pradesh, Himachal Pradesh and Meghalaya, two seats each in Bihar, Karnataka and Rajasthan and one seat each in Andhra Pradesh, Haryana, Maharashtra, Mizoram and Telangana.

Earlier, out of the 29 Assembly seats, the BJP had won in around half a dozen constituencies, the Congress had nine, while the rest were with the regional parties.

The by-elections assumed significance as they were held just a few months ahead of the polls in five states, including politically critical Uttar Pradesh, Uttarakhand, Punjab, Goa and Manipur where battle lines have already been drawn for the contests early next year.

Voting for the by-polls, which were being watched keenly across the country as an indicator of which way the political winds were blowing, was held on October 30. The results were out on November 3.

Over the past years, the Congress has been trying to take on the BJP, but the real challenge to the saffron party has come from the regional parties be it the Trinamool Congress in West Bengal, former BJP ally Shiv Sena and the Nationalist Congress Party in Maharashtra,  Rashtra Samithi in Telangana, YSRC in Andhra Pradesh, DMK in Tamil Nadu, the CPI-M in Kerala, the PDP and NC in Jammu and Kashmir, AAP in Delhi, SP in Uttar Pradesh and RJD in Bihar and JMM in Jharkhand.

Most of them have been working together with the Congress to forge an anti-BJP national front for the 2014 Lok Sabha elections. But that battle is a good two and half years away.

The most important message from the latest round of by-elections is that the voters have made it clear that they have a mind of their own, are concerned about real development and do not get carried away by any kind of propaganda, whatever be its shade. 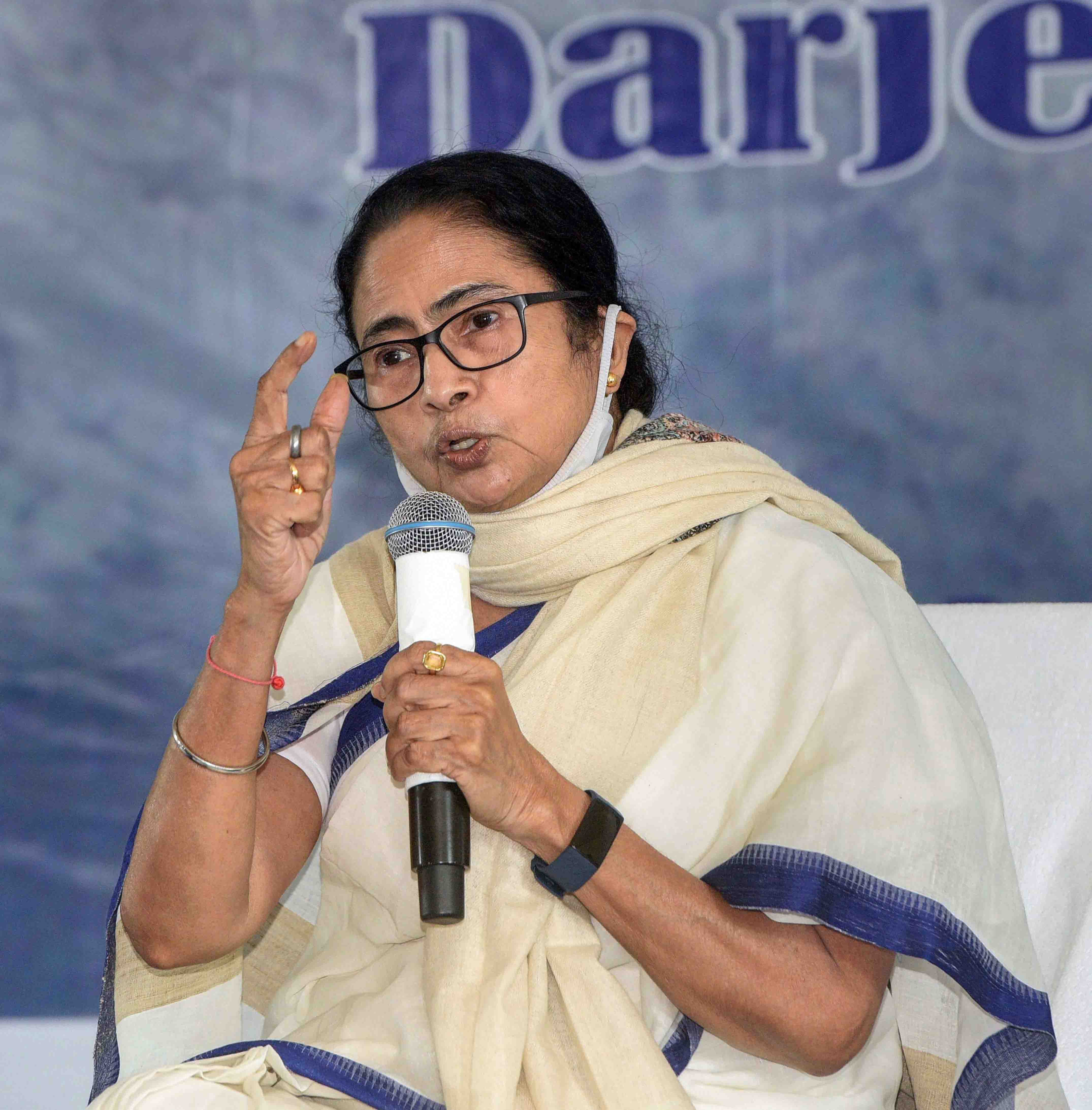 The TMC got 75 per cent of the collective vote share across the four constituencies. In the assembly elections in May, the BJP had won the Dinhata and Santipur seats, whereas the TMC had won in Gosaba and Khardaha.

Sovandeb Chattopadhyay, a Mamata Banerjee confidant who had vacated the Bhabanipur seat for her to contest in a by-poll earlier, won from Khardaha defeating his BJP rival Joy Sinha by 93,832 votes.

He also made some other observations on the by-poll results and stated that there was a “neck and neck fight for the second and third position” between the BJP and the Communist Party of India (Marxist).

Derek further noted that the margin of votes in Dinhata constituency was 1.5 lakh between the winning TMC and the BJP. In the Assembly election in May, the TMC had lost to the BJP.

The May assembly polls had proven the strong leadership of Mamata Banerjee who could defeat the BJP despite a massive campaign against her lead by BJP top brass including PM Modi and Union home minister Amit Shah.

The assembly polls had also put Banerjee in the top league of the opposition leaders who had the potential to challenge PM Modi in the 2024 national elections and since then she has been leading the charge.

Veteran BJP leader Tathagata Ray lashed out at the West Bengal leader Dilip Ghosh over the party’s poor performance. Defending himself, Ghosh said, “BJP candidates never get cars, mics, or accommodation during the by-elections here. Police get the voting done, which is one-sided & not neutral. Earlier, too, we lost the by-elections but won the general elections at the same place.”

Former union minister Babul Supriyo, who joined the TMC recently after leaving the BJP, also took a dig at his former party and hailed Mamata’s leadership.

The ruling Shiv Sena’s victory in the Union Territory of Dadra and Nagar Haveli, Daman and Diu, has opened up opportunities for the regional party in the rest of the country, especially in states like Madhya Pradesh, Goa and Karnataka, which share borders with Maharashtra.

The victory of the Congress, Sena’s ally in Maharashtra, in Deglur is also a shot in the arm for the coalition government, which has been under tremendous pressure from Central agencies. 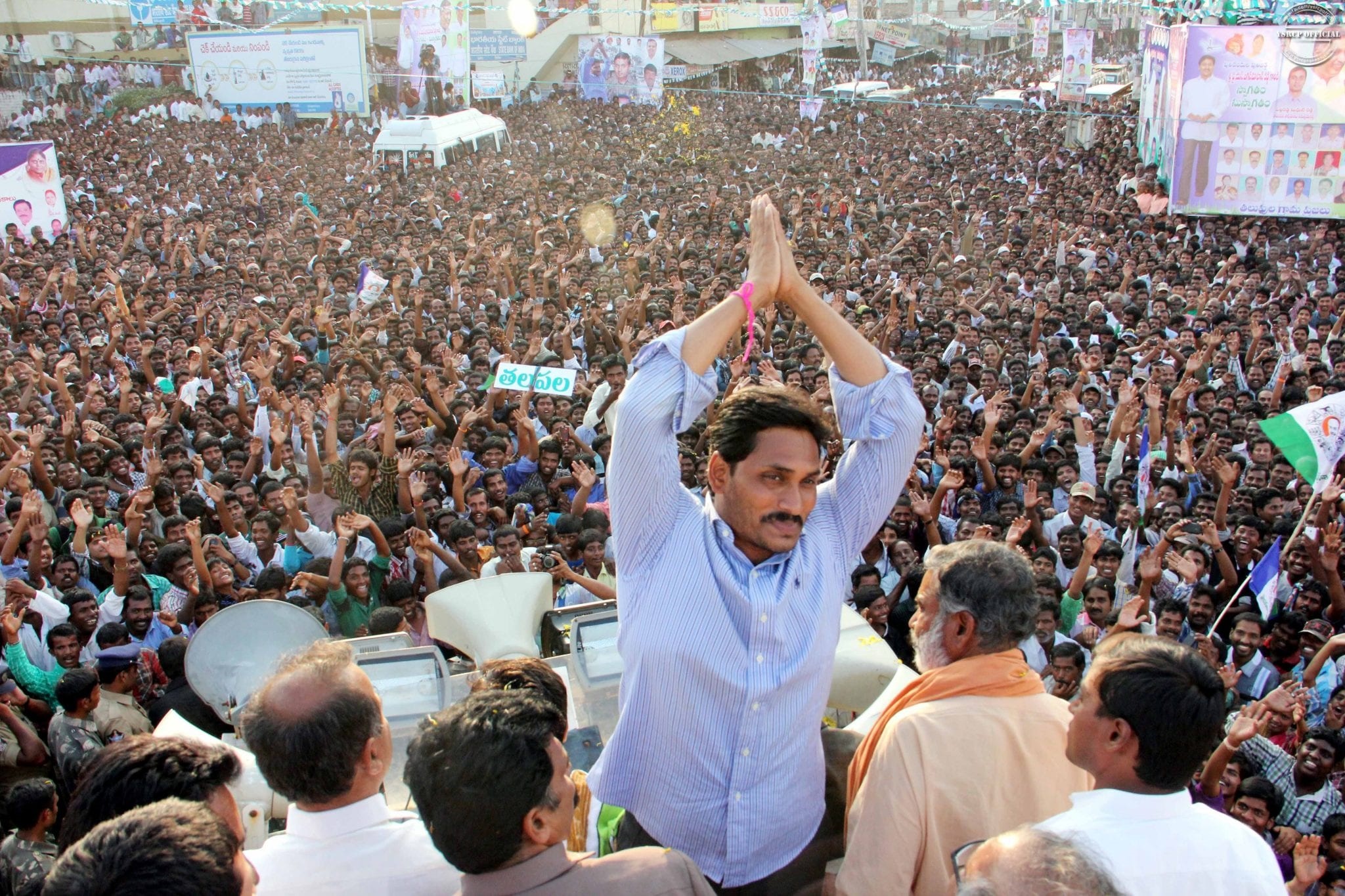 In Tarapur, JD(U) candidate Rajiv Kumar Singh defeated his nearest rival of the RJD, Arun Kumar Sah, by a slender margin of less than 4,000 votes, while it bagged Kusheshwar Asthan seat by a margin of more than 12,000 votes.

JD(U)’s Aman Bhushan Hazari, the death of whose father had necessitated the by-election, polled 58,882 votes.

The ruling YSR Congress Party retained the Badvel (SC) assembly seat in Kadapa district of Andhra Pradesh in the bye-election, securing a record margin of 90,533 votes, in a rather one-sided contest.

The victory of the YSR Congress Party shows that the opposition Telugu Desam Party has a long way to go to overtake the ruling party.

The ruling Mizo National Front (MNF) won the by-election to the Tuirial assembly seat in Mizoram by securing 39.96 per cent of the total 14,593 votes polled.

Congress candidate Chalrosanga Ralte finished at the third spot by securing 3,927 votes (26.96 per cent) and BJP nominee K Laldinthara managed just 246 votes, which is 1.68 per cent of the total votes polled, it added.

The NPP-led Meghalaya Democratic Alliance got a shot in the arm, as it clinched all three assembly seats. The National People’s Party wrested Rajabala and Mawryngkneng seats from the Congress, while the United Democratic Party, a partner in the MDA government, emerged victorious in Mawphlang, 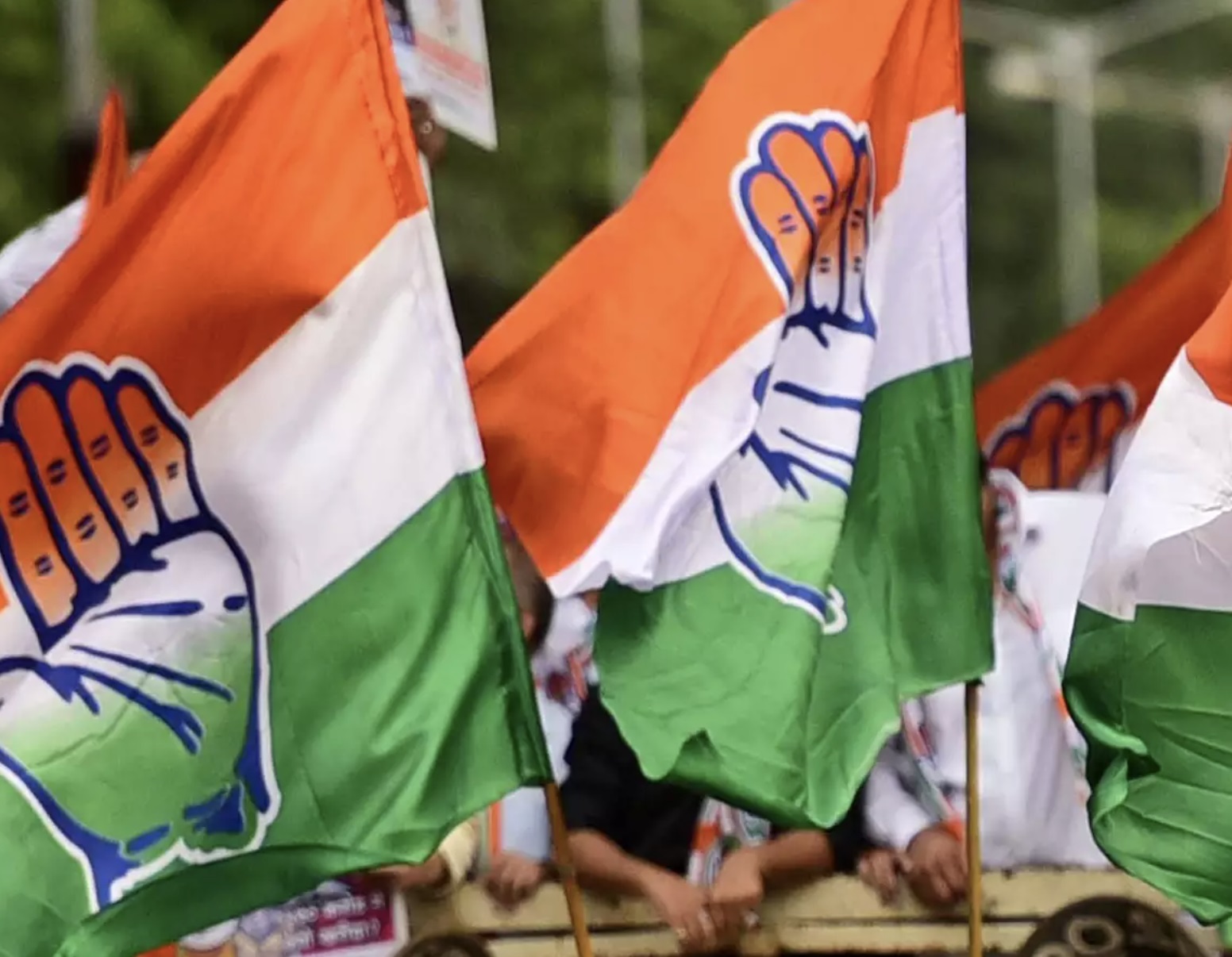 The BJP got seven assembly seats while the Congress won eight seats in the recent by-polls. One Lok Sabha seat each was bagged by the Congress, the Shiv Sena and the BJP.

The biggest setback for the BJP came from party ruled Himachal Pradesh where the Congress retained Fatehpur and Arki assembly seats and won the Jubbal-Kotkhai seat due to infighting in the saffron party.

Himachal Pradesh chief minister Jai Ram Thakur accepted the defeat and said the verdict given by people was not as per his expectations.

Besides Himachal, the ruling Congress won both Dhariawad and Vallabhnagar assembly seats in Rajasthan, indicating that chief minister Ashok Gehlot still held his ground and was still giving a tough fight to the main opposition BJP.

The by-election was necessitated due to the death of Jitesh’s father and sitting Congress MLA Raosaheb Antapurkar.

The saffron party had an edge in party ruled Assam, where it won the Thowra, Bhabanipur, Mariani seats while its ally UPPL won Gossaigaon and Tamulpur seats.

Earlier, during the April assembly elections, Gossaigaon seat was won by the UPPL while BPF had bagged Tamulpur. Mariani and Thowra had Congress MLAs, while Bhabanipur was cornered by AIUDF.

“We won all 5 seats with a huge margin. Today’s electoral victory in Assam isn’t an ordinary victory as in every seat we won by a margin higher than in general elections. People of North East have reposed their faith in leadership of PM Modi,” chief minister Himanta Biswa Sarma said.

However, in BJP ruled northern state of Haryana, opposition INLD’s Abhay Singh Chautala, who had quit the assembly in protests against the Centre’s three agriculture laws, was re-elected from the Ellenabad seat. Chautala defeated BJP’s Gobind Kanda with a margin of over 6,700 votes.

Down south, the BJP gained a seat in Telangana with the victory of former state minister Eatala Rajender who switched from the ruling TRS.

In another saffron party ruled southern state Karnataka, chief minister Basavaraj Bommai faced his first electoral test and had no reason to be happy with the 1-1 result in the two by-elections held to the assembly constituencies of Hanagal and Sindgi.

The by-polls were necessitated after the death of Hanagal MLA CM Udasi of the BJP and Sindgi MLA MC Managuli of the Janata Dal (Secular).

The BJP wrested Sindgi assembly segment from the JD(S) but lost the Hangal seat to the Congress. Hangal would hurt. That’s because the constituency is in Bommai’s Haveri district, with the chief minister elected thrice as a lawmaker from the Shiggaon seat.

Bommai was quick to react, saying he had taken the election setback very seriously and would take necessary corrective action.

Both the national parties interpreted the by-poll results in their own way. BJP chief J P Nadda congratulated party workers and expressed gratitude to the people for the victory of BJP and NDA in the Lok Sabha and assembly by-elections.

”Under the leadership of Prime Minister Narendra Modi, the NDA governments are continuously committed to the overall development of the people by following the basic mantra of Antyodaya,” he said.

The Congress cited the by-poll results to attack PM Modi and asked him to shed arrogance, repeal the three farm laws and stop petrol and diesel “loot”.

“Every victory for the Congress is a victory of our party worker. Keep fighting hate. No fear!” Rahul Gandhi tweeted after the by-poll results.

Following the by-polls, both the Congress and the BJP have set in motion a process to review the results and take corrective steps to brace for the state elections early next year.