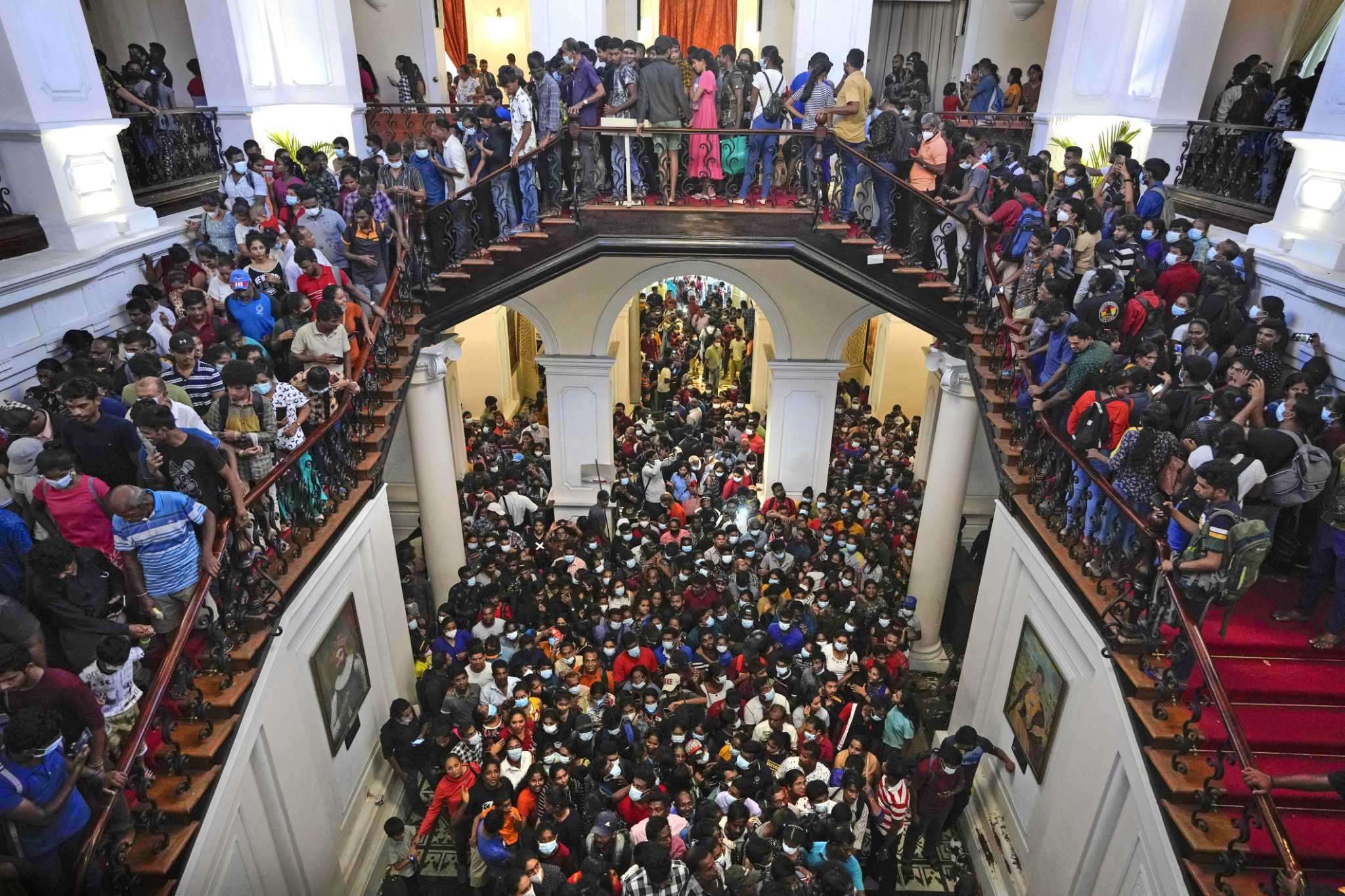 With Speaker Mahinda Yapa Abywardena announcing that Sri Lankan Parliament will elect a new president to succeed Gotabaya Rajapaksa, decks have been cleared for a consensus nominee for the top position. A report by Gopal Misra

It was anticipated; it did not have any surprise element when the world witnessed the ignominious exit of Sri Lankan president Gotabaya Rajapaksa abandoning his palace to seek refuge in some naval ship. He is expected to be replaced by a new president on July 20, thus ending the political crisis of the island nation at least for the time being, but the country’s economic seize may continue to haunt the country for many more years.

It appears that with Speaker Mahinda Yapa Abywardena announcing that Sri Lankan Parliament will elect a new president to succeed Gotabaya Rajapaksa on July 20, decks have been cleared for a consensus nominee for the top position as well as the formation of an all party government to replace the outgoing regime.

The political-economic crisis of Sri Lanka, perhaps, is a wakeup call for countries, including India, where Chinese are investing huge funds. It is being stated that if the Chinese funds could destabilise Sri Lanka, thereat to India could be much deeper, where the Chinese funds have penetrated in key sectors, including infrastructure, academic institutions and IT industries.

There is an element of surprise that in spite of its burgeoning dollar reserves, why China did not rescue Sri Lanka from the current economic crisis. Apart from the Chinese debt trap, Sri Lanka’s economic woes have increased during the regime of the outgoing government due to the poor governance, lack of transparency and the rampant corruption at the highest level.

It is often stated that the Chinese companies do not hesitate in bribing the concerned authority for obtaining a project in the developing countries of Asia, Africa and Latin America. In a bid to woo the local rulers, the bribe amount is often as high as 20 per cent of the project cost, which is generally paid to the concerned authorities and political bosses in advance through various shell companies.

The year-long acute economic crisis has led to fury on the streets of Sri Lanka forcing the president and the prime minister to quit finally. The protestors have also set the private residence of Sri Lanka Prime Minister Ranil Wickremesinghe on fire. 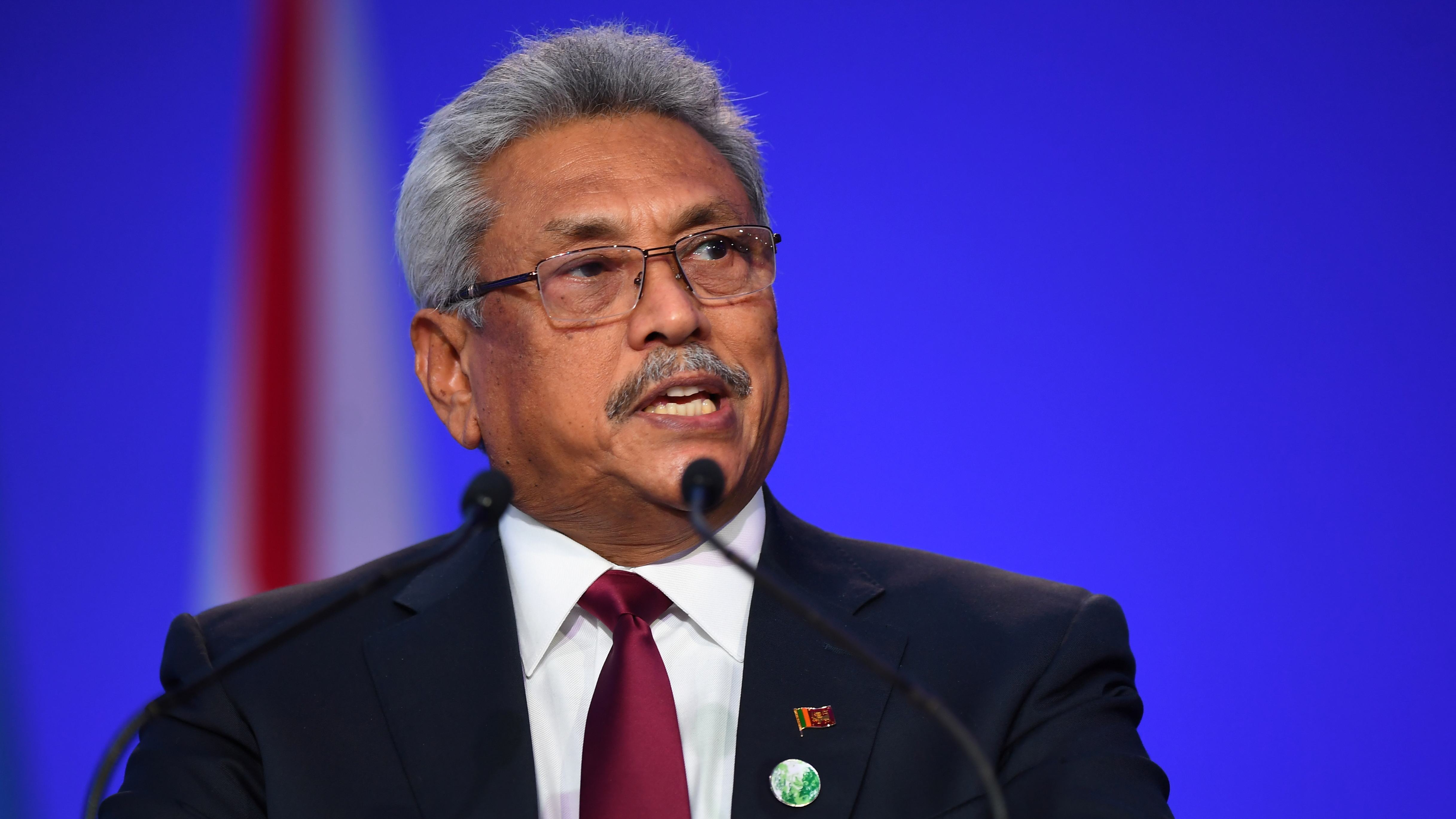 China’s economic help to Sri Lanka, according to the experts of geo-politics, was a part of obtaining strategic, political and security leverage against India in the Indian Ocean region. The Chinese, perhaps, expected that the financial crisis might be used to trigger off yet another ethnic crisis in the island nation. It, however, appears that India’s prompt assistance to Sri Lanka has foiled the Chinese agenda.

During the past 12 years or so since Mahinda Rajapaksa came to power, he and his brothers have been ruling the country. They had become darling of the majority population, Sinhalese, after defeating the Tamil insurgents. Mahinda’s brother Gotabaya, who was defence secretary in his government later became the president. It is alleged that he has been playing a key-role in the siphoning off the country’s precious resources to ‘unknown destinations’, thus pushing his country to this the unprecedented economic crisis.

As soon as the report of angry crowd storming the presidential palace in Colombo, reached New Delhi, India promptly intensified surveillance along Sri Lankan waters by deploying additional hovercrafts and patrol boats. The surveillance has been stepped up to prevent an influx of illegal immigrants or anti-India elements. Meanwhile, the spokesperson of the External Affairs Ministry, Arindam Baghchi, has assured that India stands with the people of Sri Lanka during this crisis. He further stated,  “We are closely following the recent developments in the island nation.”

It may be noted that the port cities of Hambantota and Colombo have been leased to China for 100 years. China is now the second largest lender to Sri Lanka. It was holding more than 10 per cent of Sri Lanka’s outstanding foreign debt in 2019. India, however, stepped in to reduce the debt burden of Sri Lanka by offering a liberal financial package of USD 500 million for fuel imports and also one billion USD credit lines for importing essential goods from India. India has also provided a financial cushion to Sri Lanka by providing USD 2.4 billion through currency swaps, loan deferrals and other credit lines, but she could not rescue the island’s economy from the Chinese debt-trap.

The ruling party’s narrative had claimed that the Port City of Colombo (PCC), would make it a financial hub like Dubai and Singapore. It was asserted that the project would transform Sri Lanka’s tourism-and-tea economy into a thriving, multi-services international hub. It was estimated to cost USD14 billion, largely funded by potential investors who will buy into the idea of the financial hub and set up shop there. Initially, China invested USD 1.4 billion to help PCC reclaim 269 hectares of land on the Indian Ocean. In exchange, China has got about 116 hectares of the land there on a 99-year lease.

It is not Sri Lanka alone, as many as five other countries or regions too are facing economic crisis. They include Afghanistan, Venezuela, Russia, Sudan and the countries of the Middle East. They are beneficiaries of the Chinese funds and facing acute economic challenges. In this context, the US President Joe Biden’s two-day visit (July 15-16, 2022) to the Middle East is considered quite significant for the political and economic stability of the region.

The ongoing Russia-Ukraine war and its financial backlash might not be only inflicting an economic catastrophe on Russia, but its repercussions might adversely affect the global economy. Four months after a military coup, Sudan has plunged into further turmoil. The cash-strapped country had announced in March that it would float the country’s currency as economic conditions deteriorated further. The move is likely to cause a swift increase in prices of commodities and services in response to a drop in the value of the pound.

Similarly, despite Chinese investment, the ongoing economic crisis in Venezuela has been continuing for decades. One out of every three Venezuelans is food-insecure and in need of urgent food supplies. Further, the Covid-19 pandemic has worsened the country’s humanitarian and economic crisis. The consistent shortages of fuel, electricity and clean water have sparked several riots over years, leaving hundreds of migrants with no choice but to flee again.

The situation in the Middle-East countries including Lebanon, Syria, Iraq, Libya and Yemen are facing humanitarian catastrophe, with fast-spreading poverty and an economic implosion that threatens to throw the region into even deeper turmoil.

Similarly, the situation in Afghanistan’s economic and humanitarian crisis continues to be grave. Since the withdrawal of the US force from Afghanistan, the country is facing acute food shortage. It is estimated that at least 55 per cent of the population is expected to be in crisis or emergency levels of food insecurity amidst the reports that many Afghan children are succumbing to starvation every day. The Chinese, however, have reportedly decided to start mining in the country within a year or so.

It is being stated that apart from evolving a NATO type security cover involving the major Arab countries having a joint defence shield from Israel, closer economic ties might also be promoted among the countries of the region. It is being planned, especially when the Beijing’s strategy regarding Iran and other strategic measures are now known to the regional powers.  There may be efforts for cementing new alliances taking into account of the economic crisis of Sri Lanka. 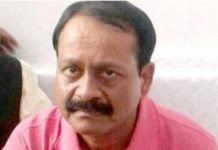