FOR THE half-a-billion people born after 1991, especially in urban areas, liberalisation became the buzzword. In the past two decades, hundreds of millions of individuals, who were under the age of 21 in 1991, reaped the benefits of the reforms unleashed by Narasimha Rao and Manmohan Singh. It seemed that the Indian middle class (400-700 million people) pinned its hopes on growth. This mindset — largely urban, but which pervaded the hinterland as well — partly explained the phenomenal success of Narendra Modi, who promised hope and fulfilment of desires.
But by 2015, there were parallel undercurrents that had quivered the middle class over the past few years. The death of Manmohanomics hinted at discomfort and apprehensions against a few of the pro-market policies. The success of Anna Hazare’s movement in 2012, the rise of Arvind Kejriwal in early 2014 and the latter’s near-death and resurrection within a year indicated that lofty capitalist aspirations were not enough to woo and wow Indians. Their hearts wanted more; their minds wished for action. People craved for policies that were a mix of subsidised socialism and cashable capitalism.

[egpost postid=”232012″]
Yes, they were interested in the opportunities to earn higher incomes. But no, the government couldn’t snatch away the freebies; it had to ensure that the LPG cylinder, water, power, petrol and diesel were sold at cheap prices. Yes, the middle class wanted a smaller government, which had no business to be in business. But no, it did not wish for less governance; the policymakers had to spend public money to improve the infrastructure. The great Indian middle class was, simultaneously as it were, exulted and worried, anxious and dreamy, apprehensive and ambitious.
An autorickshaw driver put it succinctly: “My income has gone up over the years. But so have the prices of food, fuel and power. The fees for my children’s education and house rent have shot up. Today, I have a lesser surplus. I want a better life. I want the government to help me.” This was the harsh narrative that cut across castes, classes and communities. This was the story that afflicted men, women and youth. It didn’t matter whether one was a migrant, employee or businessman.
BIRTH OF MASS LEADERS
It was a societal chaos that suited the rise of a leader who could sway the middle class and launch a nationwide movement. Hazare, Modi and Kejriwal are three sides of a unique equiangular-triangular socio-economic-political environment. The middle class, as also others, believed in them. The former felt that they could ring in a new order from the existing confusion. They possessed a blueprint to deal with the mess. It didn’t matter whether they belonged to the right or left.
Hazare may claim that his Jantar Mantar rally proved the vacuum that existed in Indian politics. Modi may herald that his rise was evidence of a rotting Congress. Kejriwal may announce that his victory was a slap on the face of an arrogant BJP. However, the middle class made no such distinctions. According to it, the three were pro-governance, anti-corruption and had the will and vision to deal with the contradictions that plagued the lives of the people. It saw the trio as a continuum; a part of a possibility of a journey towards optimism and change.
India has witnessed several middle class movements. Similar leaders were propelled towards the centre. In the early 1970s, the name that echoed among the middle class was that of Jayaprakash Narayan (JP), who took the centrestage in north India. VP Singh became a national icon in the late 1980s. In a 1996 interview, VP admitted that he “got a lot of support from the middle classes”.
The sections that supported these five leaders were possibly different. The contradictions that plagued the former were probably not the same. But the economic mood across these periods was similar — excitement mixed with frustration. The political order seemed identical — completely corrupt, but waiting expectantly for a new persona to take charge. The social discourse was alike — how to build a society that improved the quality of life for everyone.

[egpost postid=”232027″]
SOCIO-ECONOMIC CHAOS
During the years before these movements began, the people are expectant and enthusiastic. The reason: their earnings and spending powers have zoomed, thanks to high growth rates. Before JP led the university students in 1973-74, the country grew by 5 percent in the late 1960s and early ’70s. Although the annual figure looks small by today’s standards, it was higher than the average during the ’60s. It was more than the so-called Hindu rate of growth, which was pinned at 4 percent.
Between 1980 and 1984, or before VP voiced his criticisms against corruption, India witnessed growth of more than 7 percent in two years. The rise of Hazare, Kejriwal and Modi were preceded by 8 percent growth in 2009-10 and 2010-11. High growth over years makes the middle class ambitious. It feels that an unending economic party had begun. Therefore, it goes on an acquisition binge.
The era is suddenly and shockingly followed by an unprecedented bad news. The economy tanks and goes into a tailspin. No one has any clue about why this has happened. More importantly, the policymakers are paralysed into inaction as they have no solutions to boost the economy. The middle class, which had loaned its way to enjoy the boom and prosperity, promptly loses it equanimity. People are desperate; they want the government to do something, anything.
In 1974, during the JP movement, growth dipped to 3 percent; it was 4 percent in 1985; and it went down for two consecutive years — 2011-12 and 2012-13 — for the first time since 1991. These are also the periods of pink slips. People’s expectations of higher incomes turn into loss of jobs. The dark clouds of doom hang over middle class homes.
To add to the woes, inflation spreads its ugly tentacles during these periods. Prices of most commodities, especially food and fuel, shoot up. Household budgets of the families go for a toss. In 1974, inflation stood at a staggering 30 percent, and it was a high 8 percent in 1985. In recent times, inflation has been in the double digits; the figure came down after Modi assumed power in May 2014, but the prices of most of the food products remained high.


TINDER-BOX ECONOMICS
The low growth-high inflation combination is a combustible one. It leads to a never-ending spiral, where the situation can go from bad to worse. Increase in prices implies a lesser demand for goods and lower growth rate. A reduction in growth translates into a decrease in government revenues (taxes). Since the government is unable to reduce most of its high-ticket expenses such as wages and salaries, interest payments and defence budget, there is a sceptre of higher fiscal deficit (expenditure minus revenues). A higher deficit results in higher inflation. And the cycle goes on.
In his budget speech in 1974, the then finance minister YB Chavan said: “On the receipts side, there have been shortfalls. The stagnation in production in a number of major sectors of industry, caused by shortage of raw materials and power cuts, has adversely affected receipts from excise duties.” Ironically, finance minister VP Singh struck the same notes in 1985. “As we enter the Seventh Plan, the resource constraint has become acute… The basic problem is that our Non-Plan expenditure has been increasing at a rate substantially faster than the growth of current revenues.”
Between 2009 and 2012, finance ministers P Chidambaram and Pranab Mukherjee faced a crisis when global rating agencies threatened to downgrade India to junk status if it couldn’t control the fiscal deficit. This would have majorly hit the economy and possibly taken it back to the pre-reform days of 1990, when the country had become a banana case. The deficit had to be curtailed at any cost.
To get out of this cycle, the government slashes the Plan Budget, which includes public spending on infrastructure and welfare schemes, or Non-Plan subsidies on food, fuel and fertiliser. These are exactly the moves that the middle class hates. For it is urban infrastructure that takes the hit, as the government wishes to retain support in rural areas. For the same reason, the cuts in welfare schemes and subsidies hurt the urban lower (aspiring) class and middle class.
Unfortunately, it is during these times that the people demand more welfare and subsidies. They desire free power and water and cheaper fuel. The middle class is tightly squeezed between stagnant and lower earnings (low growth), higher expenses (high inflation) and a decrease in subsidies. There is no way out. It looks up to the government to get it out of the socio-economic quicksand.
POLITICAL VACUUM
The policymakers have little or no options. Publicly, they try to ignite hopes to energise the masses. Privately, they pray for a turnaround. They are caught up in a policy trap; they are unable to admit that the past policies were wrong. These are the periods when prime ministers coincidentally face a cacophony of corruption-related allegations. Scandal after scandal rocks them. It was true of Indira Gandhi, who was in power during the JP movement, Rajiv Gandhi when VP Singh formed his own party, and Manmohan Singh during the final few years of his second tenure.
The middle class is angry. The times are right for a leader who can garner and channelise its support into mass revolts against incumbent governments. The middle class is ready to hit the streets, and even resort to violence. In the 1970s, the students felt that higher education would not enable them to get jobs, and improve their economic situation. So, they followed the political pied piper, JP, in Bihar. The movement rapidly spread to other states such as Uttar Pradesh and Gujarat.
VP Singh was acceptable to the urban and rural middle class, which felt that the crony political climate — in which Rajiv Gandhi roped in his friends and loyalists — had to end. To ride the popularity wave of VP Singh, other political parties from the left (communists) and the right (BJP) joined him. People from across the social, political, economic and ideological spectrum walked behind Modi and Kejriwal.
Inevitably, the movements conclude in electoral free-falls. Indira Gandhi lost power in 1977, Rajiv in 1989, and Manmohan Singh in 2014. The losers, both the parties and their leaders, seem decimated, and the media writes obituaries about them. The winners sweep to power with landslide victories. The Janata Party alliance won nearly 350 seats in 1977, Janata Dal and its allies a simple majority in 1989, BJP 282 seats in 2014, and Kejriwal won all but three seats in Delhi.
However, there is a twist to the tales of middle class movements. If the newcomers don’t perform ably, they lose their charm and popularity. The leaders are thrown aside as quickly as they are pushed on to the throne. The middle class pushes and pulls, makes them heroes one day and dumps them the next. The centrifugal forces are replaced by centripetal ones. This is a lesson that Morarji Desai (1980), VP Singh (1990) and Modi (2015) forgot. Will Kejriwal suffer from a similar lapse in memory? 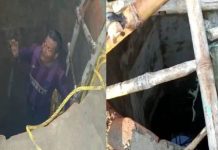 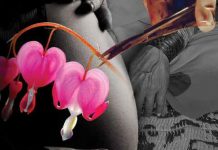