From the 480 wards that it had won in 2010, the BJP has taken a giant stride forward by bagging around 1,300 seats this time. The vote share of the party has also increased to 18 percent from 12, as was the case in the Lok Sabha election.
However, BJP’s over-hyped electoral alliance with the Sree Narayana Dharma Paripalana (SNDP) Yogam, an organisation of the Ezhava community, did not yield the desired results.
The party has not been able to make any significant gains in the strongholds of Vellappally Natesan, the SNDP general secretary, such as Kollam, Kottayam and Alappuzha. However, the party has been able to increase their vote share among the Nair and the Ezhava communities.
“Had it not been for the beef ban and intra-party divisions, the BJP would have got a far more favourable result,” says Anil Sankar, a political observer.
Not getting carried away by the media portrayal of a Left wave in the state, Sankar says, “The reality is that the LDF got marginal gains in the rural areas, while the UDF emerged strong in the urban landscapes. The Muslim minority voters largely went to the LDF this time due to the beef row and incidents of rising intolerance.”
Meanwhile, V Muraleedharan, BJP state president, said that the outcome proves that the people have accepted the BJP as an alternate political force in the coming days.
“The results indicate that the people had rejected the vilification campaign unleashed by the UDF and the LDF against the BJP. The outcome clearly shows that the BJP has emerged as a decisive power in Kerala politics,” said Muraleedharan.
The results have greatly upset the UDF especially Chandy, who pinned a lot of hopes on winning the local body elections. The defeat was quite massive for the UDF government, which is facing a lot of heat over the solar scam and the bar bribery case.
Chandy’s claim before the polls that the result will be a referendum on the achievements of our government has turned out to be a huge embarrassment for himself and his regime.
As for the Congress, many of its senior leaders have accepted the defeat and blamed the leadership for fielding ‘ unlucky’ candidates. They said that the unhappiness among the party workers over the selection of certain candidates proved decisive in the end. However, many were of the view that the bar bribery scandal did not have any effect on the electorates.
The Kerala Pradesh Congress Committee (KPCC) president, VM Sudheeran, said that the defeat was unexpected. “This was not the result that we expected. The defeat was sad and we (KPCC) will meet next week to discuss the results to gain more confidence before the 2016 Assembly election,” said Sudheeran.
Meanwhile, CM Chandy, smarting under the defeat, denied that there was a wave in favour of the Left in the state and said that he would look into the things that went wrong and will take corrective measures at the earliest.
Kerala has not seen such a surprising result in the local body polls for some time. With the arrival of the BJP, the state politics is poised for some fun, drama and action.
[email protected] 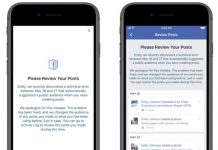