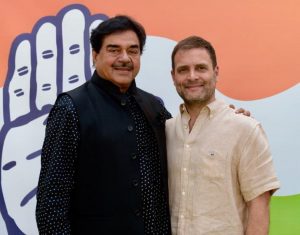 Actor-turned-politician Shatrughan Sinha, who has been associated with BJP for about three decades will formally join the party on April 6.

Sinha is a two-term BJP Lok Sabha member from Patna Sahib but was dropped by the saffron party which chose to field union minister Ravi Shankar Prasad from the seat.

Moreover, he slammed the BJP for denying ticket to party veterans L.K. Advani and Murli Manohar Joshi “without their consent”.

Sinha earlier tweeted, “Father figure, most revered, learned, friend, philosopher, guide, guru & ultimate leader of the Bhartiya Janta Party, Shri. L.K.Advani has been shown the door/royal exit from the electoral politics without his consent & permission (as he was to be part of the decision makers on the seats). It has come as a rude shock & that too at this juncture of his illustrious political career, though it was only expected in this autocratic rule of 1 man show & 2 men army.”

He further said, “This action is not only disgraceful, in very poor taste & disappointing for a man of the standing & stature of Shri. L.K.Advani & for other veterans like Shri. Murli Manohar Joshi & Shri.Shanta Kumar also…totally humiliating! It has hurt the entire nation. People are aghast at this action. Once again I hope, wish & pray that people don’t give a proper & befitting reply to this injustice done to our stalwarts & seniors in this elections! May God forgive you!” 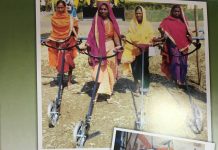