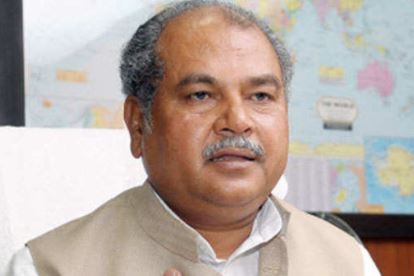 Union Agriculture Minister Narendra Singh Tomar on Sunday asked the protesting farmers to tell the government what they want apart from repealing the farm laws.

“Most of the farmers and experts are in favour of farm laws. After the Supreme Court’s order, the laws can’t be implemented,” said Tomar.

He said he expects that the farmers will discuss the laws clause by clause in the next round of meeting on January 19 and tell the government what they want other than the repeal of the laws.

“The government is ready to bring amendments in the laws, as the laws are enacted for the whole country and many people in the country are happy with it,” he added.

The Minister said that the government had sent a proposal to the protesting farmers unions, “in which we agreed to address their apprehensions regarding mandis, traders’ registration and other things”.

The government had also agreed to discuss the laws on stubble burning and electricity but the farmers’ unions only want repeal of the laws, Tomar said.

The ninth round of talks between the Central government and the agitating farmers ended inconclusively on Friday. The two sides will meet again on January 19.