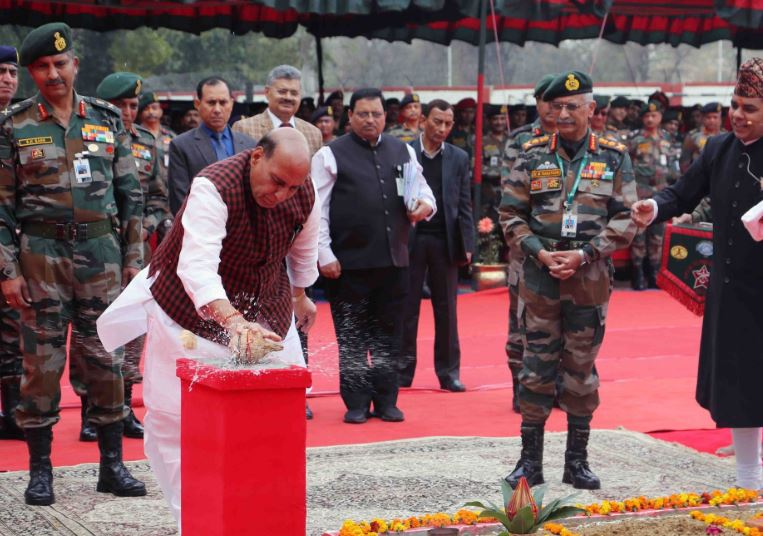 Addressing soldiers on the occasion, Rajnath Singh said, all the departments of the Army as well as the Department of Military Affairs will come under one roof and collectively contribute towards national security, besides effectively dealing with defence-related issues. He added that the new building will play a significant role in saving valuable resources and contribute to administrative efficiency.

The Defence Minister termed the foundation stone of the new building as a ‘source of inspiration that will remind the people of the country about the sacrifices made by our soldiers’.

Singh credited the Armed Forces personnel for making an invaluable contribution towards nation building, saying that India has emerged as one of the most powerful nations due to the sacrifices made by the soldiers. He hoped that the new building will not just be an edifice of Army personnel and civilian defence staff but will inspire the people to achieve new goals with renewed passion and enthusiasm.

The Defence Minister also underlined the importance of greater jointness and integration among the Armed Forces, noting that the appointment of Chief of the Defence Staff and creation of Department of Military Affairs are some of the important steps in that direction. He expressed confidence that this jointness will help in increasing the military capabilities of the country and bring more synergy in handling defence-related issues.

The building, expected to be constructed in five years, will house offices, residential complex for security personnel with basic amenities. More than 1,700 officers both military and civilian and 1,300 sub staff will be accommodated in the new building, the statement said. 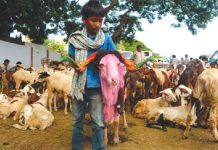