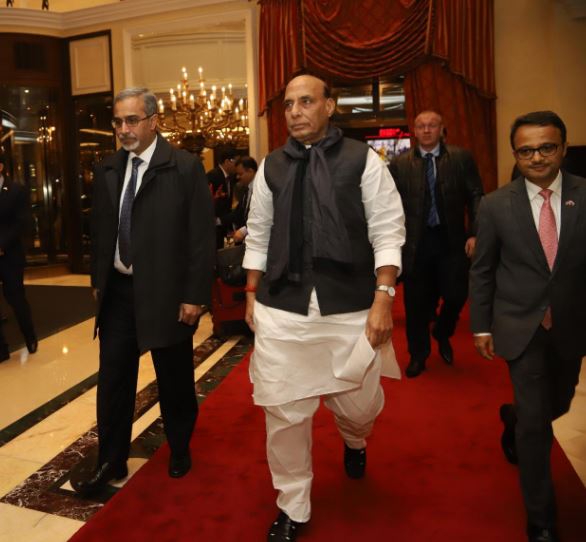 Ahead of leaving, Rajnath in a tweet said, “I would be in Russia from 5th to 7th November to attend various programmes including India-Russia Defence Industry Cooperation Conference in Moscow. I will also be attending bilateral meeting with Russian Defence Minister, General Sergei Shoigu to boost defence cooperation.”

During his visit, Singh is expected to hold extensive discussions with Defence Minister of Russian Federation General Sergei Shoigu covering all areas of military-to-military cooperation and defence industrial cooperation, it said.

Rajnath Singh is scheduled to inaugurate, along with Russian Minister of Industry and Trade Denis Manturov, ‘India-Russia Defence Industry Cooperation Conference’. The Conference will discuss ways to promote defence industrial cooperation between India and Russia, technology transfer and investment in India in defence industry under the ‘Make in India’ programme, it added.