The government has taken input from Maharashtra Police “very seriously” to effectively neutralise all possible threats. The Home Ministry has already received a report from the Maharashtra police regarding the communication found from the Delhi residence of activist Rona Wilson, one of the five arrested days ago for alleged Maoist links and their role in the Bhima-Koregaon violence. While the Congress has demanded a probe into the alleged assassination plot against PM Modi and asked the issue not to be politicised, NCP boss Sharad Pawar has dismissed the threat letter as an attempt to garner sympathy. Speaking at a rally, Pawar said, “The BJP has realised that they are losing popular support. In order to gain sympathy, the BJP is now playing the threat letter card.”

Shiv Sena has scoffed at the alleged Maoist letter suggesting a plot to target Prime Minister Narendra Modi in a Rajiv Gandhi-type incident by saying the conspiracy appears like the story of a horror film and is “laughable”. An editorial in Shiv Sena’s mouthpiece Saamana said that such information often does the rounds ahead of elections.

Rajiv’s first wireless intercept The first wireless intercept about Rajiv Gandhi read “Rajiv Gandhi avarunde mandalai addipodalam. Dump pannidungo. Maranai vechidungo” (Blow the head of Rajiv Gandhi, eradicate him, Kill him) was heard by the People’s Liberation Organization of Tamil Ealam, a pro-government paramilitary, which was with logger heads with LTTE (Liberation Tigers of Tamil Ealam). The intercept, which was heard in April 1990, was immediately reported to the intelligence wing of Indian Peace Keeping Force (IPKF) in Sri Lanka after which intelligence agencies started monitoring wireless communication. Though they were able to trace a message between two unauthorized stations in Chennai and Jaffna in January 1991, but couldn’t break it as it was highly coded and had alphanumeric codes. No wireless messages were untangled till the death of Rajiv Gandhi. It was only after his assassination, a Special Investigation Team of CBI, after months of investigation, were able to decode the messages and found the involvement of LTTE in the assassination.

Now, after 27 years, the assassination of former Prime Minister Rajiv Gandhi has again been in the limelight after it was mentioned in a letter, which was recovered by Pune police allegedly from the computer of Delhi based activist Rona Wilson. Wilson along with anti-displacement activist Mahesh Raut, Nagpur University professor Shoma Sen, Nagpur-based Lawyer Surendra Gadling and Mumbai based activist Sudhir Dhawle have been arrested from Delhi, Nagpur and Mumbai. The whole case took a new angle when a section of media went frenzied by the mention of the alleged assassination plot of current Prime Minister Narendra Modi on the lines similar to the assassination of Rajiv Gandhi and arrested the accused persons of the assassination plot.

Though the plot of Rajiv Gandhi’s assassination had a highly coded nature of communication, the assassination plot of Prime Minister Narendra Modi had no secrecy to it. The Maoist letters allegedly recovered from Wilson’s computer have a clear mention of the assassination plot and even has the names of political leaders and social activists. Maharashtra Director General of Police Satish Mathur claimed that the letters are credible.

A high ranking IPS officer from Intelligence department of Andhra Pradesh with an expertise on Maoism (on the condition of anonymity) has reportedly said, “Maoist do write letters but they don’t write in such a long form. Mention of buying M-4 guns with 4,00,000 lakhs rounds of bullets, strategy to mobilise people and discussing the assassination of PM is weird. I do have seen letters written by Maoists in my career but for the first time, I am
seeing such kind of letter.” A source in the forensic department said, “We have not done any analysis of the letters, we just did the cloning of the hard disc and other devices. We don’t know whether the letters were there inside the hard disc or not.”

M V Krishna Rao, Former Director General of (Sahastra Seema Bal) and Former ADG of CRPF, was quoted as saying, “First of all CPI (Maoists) will not recruit people who are known in public domain. These five people, Prakash Ambedkar or others who are mentioned in the letters are renowned in public domain and Maoists will never recruit such people who are famous. To be a member of the party or central committee nobody should be able to recognise you if you stand next to someone. As far as I know, members of the central committee were not using computers 6-7 years back. I don’t know whether they have started using them now. The central committee members generally don’t use the methodology of sending letters through emails, they used the methodology of couriers (couriers are 2 or 3 trusted people of CC members who are employed with the job to deliver their messages) and the letters are very short with not more than one or two sentences. A normal person will not be able to understand them as they have hidden meaning to it,” added Rao. 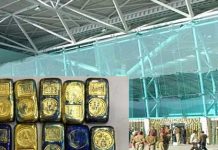