Superstar Rajinikanth’s younger daughter Soundarya Rajinikanth has welcomed her second child.
Soundarya shared the news of the birth of her baby boy on Instagram on Sunday night. She revealed the newborn has been named Veer.

“With gods abundant grace and our parents blessings Vishagan, Ved and I are thrilled to welcome Ved’s little brother Veer Rajinikanth Vanangamudi today 11/9/22 #Veer #Blessed, she wrote along side pictures capturing her whole pregnancy.

The newborn baby is Soundarya’s first child with businessman Vishagan. The couple got married in 2019.

She has a son named Ved from her first marriage to businessman Ashwin Ramkumar.

The filmmaker, best known for her directorial debut Kochadaiiyaan (2014), starring her father Rajinikanth, also thanked the team of doctors. 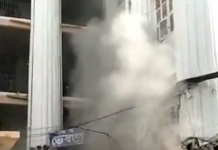