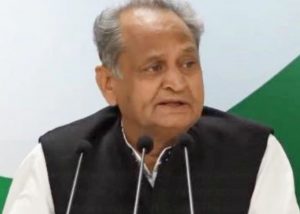 Congress President Rahul Gandhi tweeted, “It’s done! Rajasthan, Madhya Pradesh & Chhattisgarh have waived farm loans. We asked for 10 days. We did it in 2.”

“According to the promise made by Congress President Shri Rahul Gandhi, our government has announced to waive the debt of the farmers-the Congress says it does!” Deputy chief minister Sachin Pilot tweeted.

The Rajasthan farm loan waiver will cost the exchequer Rs 18,000 crore on the state, chief Minister of Rajasthan Ashok Gehlot said. “It will benefit farmers who are in trouble and have defaulted in loan payment,” Gehlot added.

Gehlot alleged that the previous BJP government breached the promise of farm loan waiver, when it had announced loan waiver of up to Rs 50,000. “They released only Rs 2,000 crore of the total of Rs 8000 crore, leaving Rs 6,000 crore unutilised,” he alleged.