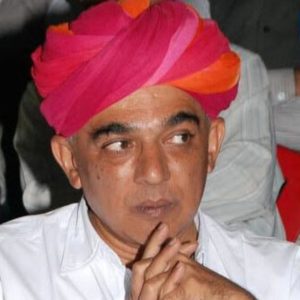 The differences between Manvendra and the Bharatiya Janata Party (BJP) surfaced in 2014 when his father Jaswant Singh was denied Lok Sabha ticket from Barmer.

In the same year, Manvendra Singh was suspended by the party’s primary membership for campaigning for his father (who contested as an independent) as against the party’s official candidate.

Singh said that he had been maintaining silence for the last four-and-a-half years obeying senior leaders of the party. But, now he has lost all his patience.

Manvendra Singh, however has not yet disclosed the course his political career will take from here on but announced that he will contest the 2019 Lok Sabha elections.

The speculations are rife that he might join the Congress party soon.

Rajasthan is scheduled to go for polls later this year.