An Army jawan was arrested by Rajasthan Police in Jaisalmer on espionage charges.

The jawan, identified as Sombir was allegedly found to be honey trapped by Pakistan-based Inter-Services Intelligence (ISI) operatives on social media and passing critical military information to them.

According to the sources, the Army jawan was in touch with a suspected ISI spy woman posing as ‘Anika Chopra’ on Facebook.

Multiple accounts of jawans and officers are now being tracked by the Army to probe if Pakistani spy account was in touch with other personnel for information. 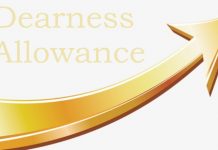