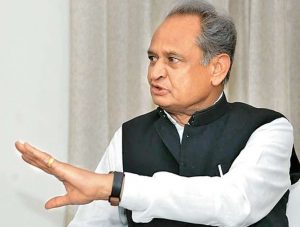 Rajasthan Chief Minister Ashok Gehlot on Monday expanded his council of ministers with 23 ministers, 13 as Cabinet ministers and 10 as Ministers of State.

Twenty-three ministers took oath at the Raj Bhawan in Jaipur.