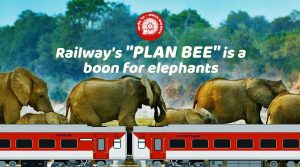 Union Railways Minister, Piyush Goyal on September 7 tweeted that “Railways have come up with an innovative method to ward off elephants from railway tracks”.

Enquires reveal that the ‘buzzing’ sound of bees, which is played from loudspeakers alongside these tracks, keeps elephants away and has brought down the number of accidents.

The railways have put up a device that amplifies the buzz of swarming honeybees, a natural repellent for elephants. A test to verify its efficacy was conducted recently near tracks along corridors frequented by elephants and it worked.

The railways were working on this innovative method for sometime and after four wild elephants were killed and another injured when a Guwahati-Silchar passenger train hit a herd crossing the rail tracks in Hojai district of central Assam night in February 2018. The result was that the engine of the train got disconnected from the bogies due to the impact of the hit, leaving hundreds of passengers stranded. Earlier in December, five elephants, including a pregnant female were killed when the Guwahati-Naharlagun Donyi Polo Express hit a herd crossing tracks near Balipara in Sonitpur district.  At least a dozen pachyderms lost lives in train accident in the state last year, while speeding trains killed 16 elephants in the year 2017.  The railways data say train-hits killed 16 elephants in 2016.

Research indicates that Wildlife officials said elephants, despite their thick skin and size, are terrified of bees. Such is the dread, particularly of being stung on the sensitive trunk that a “bee alarm” goes off in an elephant’s head with the slightest of buzz.

The device, which costs around Rs 2,000 to put together, is audible to an elephant 600 metres away.  The buzzing sound is in a frequency the elephants do not like.  Railway wants it installed along railway tracks even in non-notified elephant corridors.

Yatra’s success pointer to ordinary people’s yearning to live in... 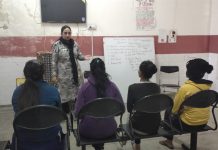