A scrutiny of the report on financial status of Indian Railways presented with the General Budget 2018-19 in the Parliament paints dismal picture of its financial health indicating that the railways have to remain financially viable on borrowed money from market and other sources. As a result of merger of Railways budget with the General Budget since 2017-18, Railways escaped dedicated media focus and for that matter public scrutiny of its overall functioning altogether, the casualty being the impugned report on its financial status from public notice. That is how Indian Railways have lost its sheen in public glare. It comes on the fore in public domain only when accidents take place with heavy casualties.

Indicator of financial health of Indian Railways is its Operating Ratio, which is on the higher side currently. Operating Ratio is the ratio of working expenditure, arising from day to day operations, to revenue earned from traffic. A higher Operating Ration indicates a poorer ability of Railways to generate surplus that can be used for capital investments in modernization, laying lines and deploying more coaches. Operating Ratio for 2018-19 is projected at 92.8 per cent from revised estimates of 2017-18 which was over 96 per cent. During the past few years, Operating Ratio has been around 94 per cent on average, which means Railways are spending 94 paise out of every rupee that it earns.

Net result has been capital expenditure (development budget) of Railways being financed from borrowings. With declining revenue from generation of freight, passenger and sundry earnings, capital outlay is financed through budgetary support from the Central Government (General Exchequer) and market borrowings. Since 2017-18, when Railway Budget merged with the General Budget, Railways have been exempted from paying annual dividend to the General Exchequer on the accumulated capital at charge from budgetary support.

In 2018-19, gross budgetary support from the Central Government (General Exchequer) is at 55,088 crore, while borrowings are estimated at 81,940 crore. Out of 148,000 crore capital expenditure (annual plan outlay) for the fiscal year 2018-19, 55 percent will be financed through borrowings followed by 37 per cent budgetary support and only 8 per cent from railways own earnings (internal resources). Capital expenditure (development budget of Railways) is increasingly being financed through borrowings, from 8 percent of total development budget in 2010-11 to 55 per cent in 2018-19. Economists view it as a sure road to debt trap for Indian Railways raising its financial difficulties.

Total debt of Indian Railways stood at over 450,000 crore in 2014-15. Taking in accounts the ever increasing annual borrowings in 2015-16, 2016-17 and 2018-19, it is likely to go up by more than 600,000 crore. The borrowing arms of Railways is Indian Railways Finance Corporation (IRFC). The debt burden of Indian Railways will ultimately be borne by the next generations of people.

Added to the above, expenditure on salaries and pension is increasing operating expenditure for 2018-19, estimated at 1.88 lakh crore, up 4 per cent from 2017-18.

About 66 per cent of this goes to salary and pension, which has been increasing gradually, with a jump of 15 per cent in the last two years on account of implementation of the Seventh Pay Commission Report. Pension bill is also to rise as about 40 per cent of staff are above 50 years in 2016-17.

In short, capital expenditure of Indian Railways is increasingly being financed through borrowings from 8 per cent in 2010-11 to 55 percent in 2018-19, a sorry state of railways financial viability. It calls for massive investments by the Union Government to maintain balance between commercial status and social responsibility of Indian Railways as the one and only modes of mass transportation of bulk of our people who cannot afford other modes of transportation! 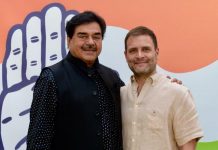