Though Rahul Gandhi keeps denying that he is leading the yatra and is only one among the 120 other Bharat Yatris who will walk the entire route, the Wayanad MP is the central figure of the foot march and is drawing a huge response from the public. A report by Amit Agnihotri

The Congress is upbeat over public response to the Bharat Jodo Yatra which started from Kanyakumari on September 7, saying the first month of the mass contact program had transformed the grand old party.

“One month of yatra has been nothing short of transformational politics. The public response in Tamil Nadu, Kerala, and Karnataka has exceeded our wildest expectations. It has been exhausting but supremely satisfying. A refreshed, revitalized Congress is emerging,” Congress communications in-charge Jairam Ramesh tweeted on October 8.

The 3,500 km Kanyakumari to Kashmir yatra will pass through 12 states and 2 UTs over 150 days. The mega foot march was planned at the party’s chintan shivir in May when around 400 leaders discussed and finalized a roadmap ahead of the 2024 national elections.

The main aim of the yatra is to connect with the masses and revive the party across the country after a series of electoral losses since 2014, when the BJP came to power at the Centre.

Though former Congress chief Rahul Gandhi keeps denying that he is leading the yatra and is only one among the 120 other Bharat Yatris who will walk the entire route, the Wayanad MP is the central figure of the foot march and is drawing a huge response from the public.

The Bharat Yatris, including Rahul, walk in the day in two sessions and spend the nights in fabricated iron containers mounted on trucks. Food is prepared at the campsite.

During the day breaks, Rahul meets groups of people from various walks of life and in the evening, he addresses party workers.

Besides the party workers, a large number of local residents too line up along the yatra route while some of them also get a chance to walk beside Rahul.

As the yatra progressed, Rahul came under attack from the BJP, which blamed the Congress leader for trying to break the country.

Rahul hit back saying the opposition party had to launch the yatra against growing economic inequalities, centralized politics and social polarization due to the Centre’s policies.

“The party that fought for independence and created a mass movement for independence, the party that helped bring the Constitution, the party that brought the Green Revolution, that’s the Congress Party and it is interesting that the BJP comes out with these comments. But, if you look at the historical truth, the BJP was nowhere to be found in the Freedom Struggle and the BJP is singularly dividing the nation and spreading hatred in this nation,” he said.

The former Congress chief denied that the objective of the yatra was the 2024 national polls. “The objective I have stated again and again is to bring India together. Objective from my perspective is not the 2024 elections,” said Rahul.

“Bharat Jodo Yatra is aimed at raising three fundamental issues that are interconnected. The first issue is the violence, the hatred, that the BJP and the RSS are spreading, the division of the country that they are carrying out. The second issue is the massive concentration of wealth that they are enforcing, allowing it to happen. This is resulting in a few people getting very, very rich and the destruction of the backbone of India’s economy- small and medium businesses and farmers and that are in turn resulting in a collapse in employment. So, India is heading towards an unemployment disaster. The third reason is the massive increase and unrelenting rise in prices. This is why we are doing the Bharat Jodo Yatra,” he said.

According to Jairam Ramesh, a new Rahul is emerging from the yatra as the Congress leader had shown strong resolve to continue the foot march despite the grueling schedule. “Men and women, young and old and children walk beside Rahul at different stretches. The yatra has changed perception about him,” he said. Rahul noted that the BJP was spending crores of rupees to project a certain image of his but said he would go with the yatra.

The former Congress chief noted that the yatra was like a penance for him personally. “I believe in ‘Tapasya’, that is my nature, that is my family’s nature has always been and so I wanted an element in this communication with people, I want an element of suffering for myself. I didn’t want it to be easy and so I thought okay, what would be something that would make me suffer. So that while I am talking to my people, I can share in their suffering a little bit. That was the idea. So, I find that to be a very powerful experience. When you are walking on the road and you are speaking to your people, after having suffered a little bit, not much, not as much as many of them do, the communication is better,” Rahul said.

The past one month had been a learning experience, said the Wayanad MP, adding that he was able to see the advantages of holding direct communication with the people. “For me, it has been a learning experience. Frankly it hasn’t even begun yet, to be honest with you, 31 days, it is nothing. For me, it is 31 days, so it is not really big. I can already see the advantages of this type of communication. Also, I can see the thing that is most beautiful and powerful for me and I don’t mean this with disrespect. There is a lot of dishonesty in this, when I am speaking in those cameras, behind those cameras there are interests. They will distort what I am saying, automatically, even when you don’t want to do it, they will do it. That is a much more truthful conversation, and cannot be distorted. I am finding that quite a beautiful experience also the thing I am realising which I always believe, what is becoming crystal clear to me. Two things, one is, there is tremendous wisdom in our people, huge wisdom that is wasted by the type of politics, by the type of system that we are running,” said Rahul.

Congress chief Sonia Gandhi joined the yatra at Mandya in Karnataka, which will have assembly polls in 2023, and walked beside Rahul for a while. Though she was to join the yatra for half an hour, she spent around two hours with the foot march. Later, pictures of Rahul tying Sonia’s shoe laces during the yatra went viral. Ahead of Sonia’s visit, Rahul visited a road constructed by the party in Badanavalu in Karnataka which brought together two communities separated for long.

The initial public response in the southern states of Tamil Nadu, Kerala and Karnataka prompted the Congress to launch similar yatras in states like Assam, West Bengal, Odisha, Bihar and Jharkhand, which were not included in the national route. Gujarat and Himachal Pradesh were excluded from the nation route as the two states will have assembly elections in November.

While the yatra was still in Karnataka, national coordinator Digvijay Singh and Jairam Ramesh reviewed plans for neighboring Telangana and Andhra Pradesh, where the party was once strong.

While the yatra was gaining traction among the people, the party was also being talked about over the presidential elections on Oct 17 to elect a new party chief. The contest is between senior leaders Mallikarjun Kharge and Shashi Tharoor. The polls are happening after Rahul Gandhi refused to file his papers, paving the way for a non-Gandhi party president after 24 years. However, leaders like Digvijay Singh and P Chidambaram noted that irrespective of who became the next Congress president, Rahul would continue to be the undisputed leader of the grand old party.

Ramesh said the main focus of the entire Congress was on the yatra which was setting a new political narrative in the country as both people who appreciated the effort and those who did not were talking about the mass contact program. 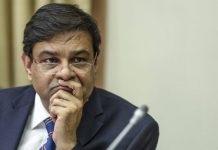 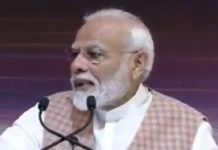