Congress president targeted Narendra Modi for his silence over charges of sexual harassment made on BJP Ministers. Rahul said, “Narendra Modi’s slogan Beti Padhao, Beti Bachao is a good slogan but when his minister M J Akbar is questioned over the allegations of sexual misconduct and his MLA Kuldeep Singh Sengar in Uttar Pradesh commits rape, the prime minister does not utter a word.”

Rahul said that, “Not only Prime Minister Modi but also the BJP chief ministers in Uttar Pradesh and Madhya Pradesh did not say a word.”

Multiple women in last few days have accused MJ Akbar, Minister of State for External Affairs in the NDA government of sexual harassment and inappropriate behaviour.

The Opposition parties led by the Congress have demanded Akbar’s resignation and Centre’s response over the matter. Akbar, however, has rubbished the charges against him and has filed a criminal defamation case against one of the accusers, journalist Priya Ramani. 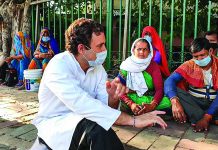 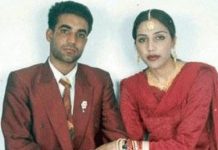