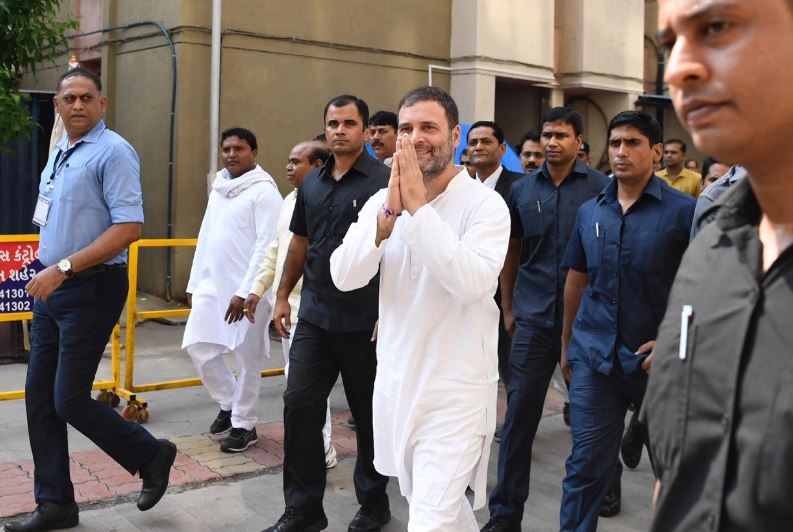 Congress leader Rahul Gandhi on Thursday appeared before a Surat court and pleaded not guilty in a defamation case filed against him for his “why do all thieves share Modi surname” remarks.

Rahul said defamation case filed against him were an attempt by his political rivals desperate to silence him.

“I am in Surat today to appear in a defamation case filed against me by my political opponents, desperate to silence me. I am grateful for the love & support of the Congress workers who have gathered here to express their solidarity with me,” Rahul said in a tweet.

Rahul Gandhi was summoned in May after a complaint was filed by a BJP MLA Purnesh Modi under sections of the Indian Penal Code that deal with criminal defamation.

In his complaint, Purnesh Modi had alleged that Rahul had defamed the Modi community with his remark.

During the last hearing in July, the court had granted Rahul exemption from personal appearance for that hearing and fixed October 10 as the next date of hearing.

The Congress declared the case as a “transparent attempt to silence the truth”.

“Such transparent attempts to silence the truth will never work, the fight against lies & hatred will always be strengthened by sincerity & love,” the Congress said in a tweet.