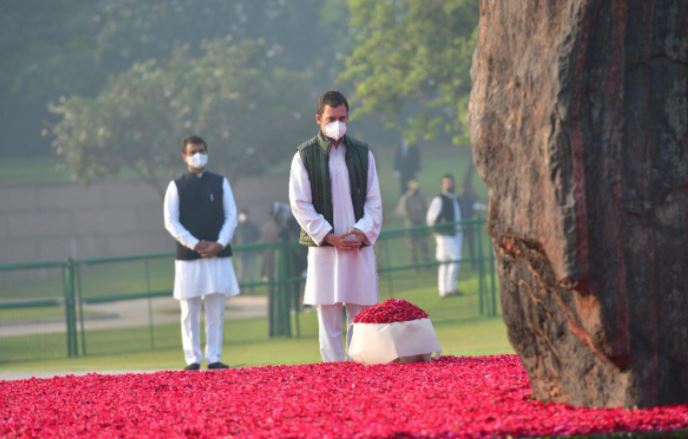 In a tweet, the former Congress President remembered her as an efficient Prime Minister.

“I pay my tribute on the birth anniversary of Indira Gandhi, an efficient Prime Minister and form of power. The entire nation, even today, speaks of her impressive leadership, but I always remember her as my beloved grandmother. Her teachings inspire me everyday,” Rahul tweeted.

The Congress party also took to Twitter and tweeted, “A trailblazer, a visionary, a true leader & a great daughter of our motherland, Smt. Indira Gandhi was much more than a Prime Minister to our citizens; she was the revitalising strength in their quest for greatness & prosperity. Today, we pay a proud tribute to #IndiasIndira.”