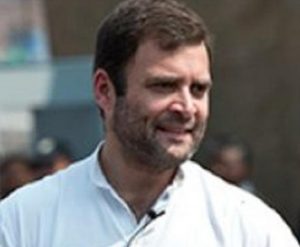 This meeting came after Gandhi alleged that the audio recordings which are in Parrikar’s possession related to Rafale jet deal were authentic and that Parrikar was using the “explosive secrets” that give him power over the PM.

Rahul Gandhi tweeted on Monday, “30 days since the Goa Audio Tapes on RAFALE were released. No FIR or enquiry ordered. No action against the Minister either! It’s obvious that the tapes are authentic & that Goa CM, Parrikar, is in possession of explosive RAFALE secrets, that give him power over the PM.”

Rahul Gandhi is in Goa on a personal vacation with his mother Sonia Gandhi.

The Congress party claimed to have an audio recording of a Goa minister quoted Parrikar as saying that files related to the Rafale jet deal were in his bedroom. However, Parrikar had tweeted that the audio clip was a “desperate attempt to fabricate facts”

Parrikar was the defence minister when the deal for 36 Rafale jets was signed between India and France.