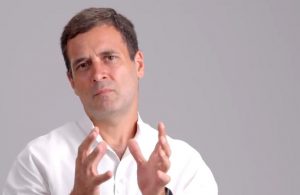 Congress leader Rahul Gandhi on Monday lashed out at Prime Minister Narendra Modi-led central government and said that over the past 6 years central government has been attacking the informal sector and claimed that demonetization, ‘wrong’ GST, lockdown’s aim was to destroy this sector.

Rahul Gandhi’s remark came in a video message today that says, “The unfortunate truth of the economic tragedy that the country is facing will be confirmed today: For the first time in 40 years, the Indian economy is in a huge recession.

The ‘Asatyagrahi’ are blaming God for this.

Watch my video to find out the truth.”

In his video, Rahul talked about the recession in the world in 2008 and why it did not affect India when the whole world was seeing the shutdown of companies and huge losses. Rahul said, “he went to then PM Manmohan Singh and asked this question to him and Manmohan Singh told him that there are two types of economies in India, one which is formal, which contains all the companies, business houses and other is the informal sector, which consists of farmers, labors, small traders and till the time this informal sector is strong, no economic calamity can touch India.”

Rahul claimed that the aim of demonetization, ‘wrong’ GST, and lockdown was to destroy this informal sector. He said, “In the last 4 months nearly 2 crore Indians have lost their jobs and Nearly 40 crore workers of this informal sector will be caught in major financial troubles.”

Rahul also said, “if this informal sector is destroyed then no jobs can be produced in India.” “People are being cheated, its a conspiracy against them to turn them into slaves,” Rahul further added. 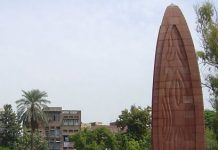