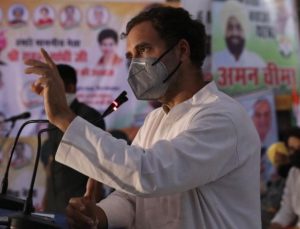 Rahul was in Punjab from past three days and entered Haryana today amid high drama at state’s border with Punjab. The former Congress President along with few party leaders were allowed to enter the state.

After winding up his last rally at Sanaur in Patiala’s Punjab, Rahul drove a tractor to reach Haryana border on the concluding day of his “Kheti Bachao Yatra”. 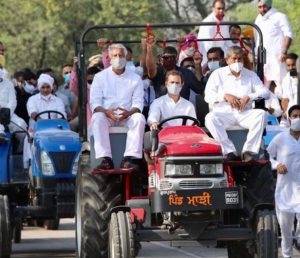 Rahul’s tractor rally was stopped briefly outside Haryana by policemen.

Rahul Gandhi criticised the Modi Government for destroying the existing procurement system instead of strengthening it.