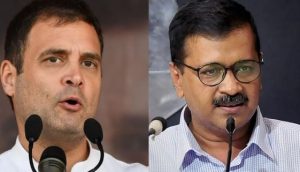 Congress President Rahul Gandhi on Monday evening spoke for the first time on his party’s attempts at forming an alliance with the Aam Aadmi Party (AAP) in Delhi.

“An alliance between the Congress & AAP in Delhi would mean the rout of the BJP. The Congress is willing to give up 4 Delhi seats to the AAP to ensure this. But Mr Kejriwal has done yet another U turn! Our doors are still open, but the clock is running out,” Rahul tweeted.

In response, Kejriwal tweeted, “What U-turn? The talks were still going. Your tweet shows that Congress does not really want an alliance. It is important to save the nation from Modi-Shah danger,” he said.

“It is unfortunate that you are helping Modi by dividing votes in Uttar Pradesh and all other states,” Kejriwal added.

Soon after Rahul tweeted, AAP leader Sanjay Singh said that in Punjab, where AAP has four MPs and 20 MLAs, Congress does not want to give them any seats, while in Haryana, where Congress has single MP, they refused to share any seats with AAP. “In Delhi where Congress has zero MLAs, zero MPs, they want three seats from us – is this how a deal happens? Why don’t you want to stop the BJP in other states too?”

Both the parties have been in talks for an alliance in Delhi for some time. 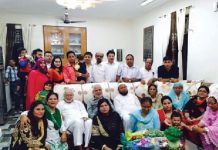 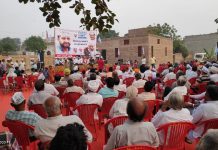