Several Congress leaders, including K C Venugopal and Adhir Ranjan Chowdhury, were detained for violating prohibitory orders outside the heavily barricaded party headquarters on Tuesday, day two of Rahul Gandhi being questioned by the ED.

Ahead of his second day of questioning, the former Congress chief joined senior party leaders at a ‘dharna’ at the Congress headquarters. Several Congress leaders were detained by Delhi Police and taken away to different police stations.

This is the second day of the Congress’ protests against the questioning of Rahul Gandhi by the ED in a money laundering case related to the National Herald newspaper.

Gandhi was questioned for over 10 hours on Monday. The Congress has said it will not be cowed down by intimidatory tactics of arrests or “false” cases against its top leaders. 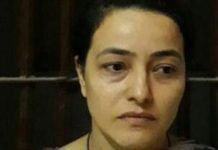