Congress spokesperson Randeep Surjewala on Wednesday alleged that Goa chief minister Manohar Parriakar, who was the defense minister when the Rafale deal was signed between India and France, has all documents related to the Rafale deal in his bedroom.

In the audio clip that Randeep Surjewala played for the media during a parliament session in which Goa cabinet minister Vishwajit Rane can be quoted as saying – Parrikar made a very interesting statement, “I have all the information of Rafale in my bedroom”, it means he is holding them to ransom.

The audio reveals that rafale files are hidden in the bedroom of Parrikar. However, there was no confirmation on whether it was the voice of Rane in the audio. The identity of the other person was also not ascertained.

The Congress demanded to know from Prime Minister Modi whether that was why the government was not allowing an all-party parliamentary inquiry.

Surjewala tweeted, “Modi Ji, the country wants to know: – What are the secrets of Rafale’s file which are with Shri Manohar Parrikar?” 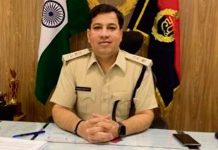