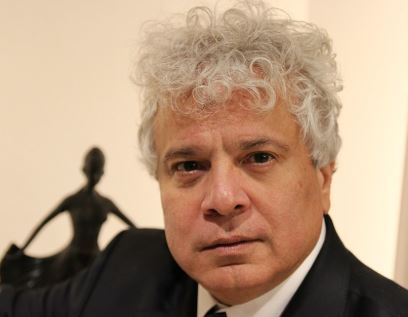 In the “Quarantine Notebook, Suhel Seth, columnist, actor, keynote speaker, founder and managing partner of consultancy firm Counselage India and on various panels, pens his notes during the quarantine.

I scoured the house looking for currency notes given that the Prime Minister was to address the nation that evening at 8pm: discovered we were continuing to wallow in poverty so set an alarm for 7.45pm; aired a fine bottle of pinot noir and sat in front of the telly with some soggy popcorn waiting for devastation to be telecast. And the Prime Minister never disappoints with two time slots: 8pm and 9am. As he was speaking, rushed to the car and then drove around looking for any open wine and beer shops but there were mile-long queues: the Mother Dairy outlets hardly had anyone but then is one supposed to live on milk alone, when one can submerge his sorrows in wine? Came back home very desolate.

The first effective day of the total lockdown. Listened to the speeches of Mandela: but none were broadcast when he was incarcerated at Robben Island hence neither was there a context nor any inspiration for me to manage my life in these sordid conditions and thus had to make do with Pandit Jasraj and his rendition of Om Namo Bhagvate: here, Namo is no reference to the man who spoke the night before. Post listening to Jasraj, jumped into the shower and stayed there for about two hours: what is a man supposed to do in any case at home all day? Then ordered some lunch and ate like Gandhi: frugality is a virtue when you have no vegetables or for that matter any meats at home. And how much truffle cheese can a man consume? Took a long afternoon siesta and in the evening, before going to bed, salivated looking at YouTube videos of recipes of my favourite dishes. Heard Guru Dutt’s songs and passed out in sadness.

Woke up with a spring in my step and decided that the lockdown had to mean something positive and man cannot live on Modi and Wine alone so decided to begin my morning workout on my balcony. Walked 6 kms on my balcony: neighbours were gawking as if I had lost my mind early in this lockdown but were gratified to see that I was walking briskly to the sounds of Wagner and Beethoven. The volume had been pumped up to avoid hearing the clanging of pressure cookers in the homes of those sinful neighbours that surround me. Post the workout, sat on the pot for an hour reading and then jumped into the shower and stayed there till the time Maggi Noodles were announced for lunch. It is at times such as these, that the most unthinkable food seems Michelin-crafted. Post lunch, took my usual siesta and went to sleep looking at food videos. Woke up and had a conversation with the wife: which means she was talking and I was listening. Post which, we decided to part ways and head our respective ways: I chose the study and she chose the balcony and we met later for dinner: eggs on toast were what we had.

I woke up not realizing it was a Saturday but then even if one knew what could we have done? The TV was blaring when I woke up because the wife wanted to know what was going on in New York and then suddenly we flipped channels: from Fox News to one of our own calm TV channels and apart from the accent, nothing seemed different. Did my usual morning stuff like pot and shower and then cosied up in bed with myself to read this brilliant book ‘ Shah of Shahs’ by Ryszara Kapuscinski. Finished the book by lunchtime and sat down to have yet another exciting meal of husk bread and pepper soup. If you ever want to feel ill, try this combination: it will set your body and mind in deep decline from which you can only recover if they appoint you Home Minister. Post lunch, took my siesta and woke up to a fine Saturday evening: people were still banging their heads and utensils in preparation for the Sunday that was to dawn on us. I heard this mellifluous medley and retired to bed. Hungry.

An epoch-making Sunday if I can use the phrase: this was to be the evening of all evenings: we began the morning by taking out all the utensils we had received in pass-them-around gifts and decided we would set up a Utensil Orchestra to make sure the banging situation was perfect. I spent the whole day mastering the art of holding a copper plate and then wracking my brains to choose an appropriate banging partner and then when the evening dawned, I was more than ready. It’s another matter that by mistake I hit my left had hard and had to stop midway and begin a manhunt for some Deep Heat ointment that may have been at home but sadly there was nothing. There was no Combiflam either so had to do the sacrificial bit by consuming some fine cognac and going to bed. I do remember my wife saying many things to me but then cognac has the drowning effect: you hear only what you wish to hear: much like Napoleon.

Never has a Monday looked so poignantly bleak and listless but here it was, amidst the lockdown. I followed the same routine but the wife was kind to bring her region into focus so we had Dosas for breakfast: she is an excellent chef when she chooses to be. Much like the Press in India, which is as free as it chooses to be. We had breakfast laced with bonhomie, which ended on a somber note when the wife announced we had run out of everything: in the sense, there was nothing to eat. Plenty to drink though. Being the optimist that I am, I decided to unhide all the cheese and eggs I had hidden from public view and we made a meal of it. But for dinner. The interim period was one of dismal solidarity when once again, one had to hear a litany of complaints against oneself and it was then that I decided that the lockdown with family was an evil ploy and that solitary confinement would have been much easier on both the stomach and mind.

This is the time of year when one, once again, befriends the Chartered Accountant for it’s the financial year-end but then Nirmala S beat us to it by announcing an extension robbing us of even this minor social outreach. I began the day by walking 10 kms and then WhatsApped the screenshot of my Health Data

to all my lazy friends hoping to serve as an inspiration: in return they sent me sleazy porn videos: this is how a lockdown can cause civil conversations to break down so dramatically. I then decided to alter my daily routine so began with calling people I had almost assumed, dead. Spoke to a few and it was then I realized that talking to people during a lockdown is the worst thing you can do to your own mental health. No one is happy; everyone is abusing everyone you thought they were friends with and leaving you with nothing but acute sadness. Monday evening was special because we finally got vegetables and their ilk for dinner and a hearty meal was had. The wife had very little to complain about and I was told the following morning, that I slept with a smile on my face. See the effect that bitter gourd can have on you during such uncertain times.

The usual folks refer to it as Fool’s Day but for some serious minded people like me, it is also the day when the Central Bureau of Investigation in India was founded (or raised as they say) so the day has some significance and making fun would be at your own peril. I started the day by paying a silent ode to the CBI and all the wonderful work they’ve done. I prayed for their inner peace so that we no longer have to have the top man and his Deputy involved in a public spat. I then prayed for the Congress Party because it seemed a natural fit that those blokes would also be founded on Fool’s Day and by the time I’d finished expressing solidarity and praying like mad, it was time for dinner. I also then vowed to spend more time with my mother and wife and decided that April 1 would be the last day that I would keep an official record of, when in quarantine.

All I can say is, these are uncertain times. Do what your parents always told you to do. Wash your hands. Wet your ears. And wipe yourself post potty and all will be fine. Even the wife agrees with this. Suhel Seth can be contacted at suhel@counselage.com