It was not long back when the present Secretary General of United Nations and then High Commissioner for Refugees at the UN Antonio Guterres had lauded India for opening its doors to refugees and asylum seekers, providing them safety and sanctuary and in the process setting an example for others to follow. Ironically, India is now trying to push Rohingyas back into the conflict zone treating the refugees from Myanmar as a potential security threat. It seems nothing more than a knee-jerk reaction. Admittedly some caution is required while dealing with a sudden flow of refugees from a conflict zone because some may have radical links. But to consider all of them as potential threat to the country’s security would not be right. To the discomfiture of India, Myanmar’s de facto Prime Minister Aung San Suu Kyi has made a volte face and she is now willing to welcome the return of her fellow citizens — the Rohingya refugees. Significantly, the United Nations describes Rohingyas as the world’s most persecuted minority is their faith. The policy related to Rohingyas seems to be ill conceived and poor strategic thinking. Unfortunately, India seems to be a self-conceited power that is not empathetic towards refugees from neighbouring nations. Policy makers need to implement Prime Minister Narendra Modi’s homily and try to find out ways so that unity and territorial integrity of Myanmar is respected.

The government’s affidavit in the Supreme Court submits that refugees would have an adverse impact on its citizens, as they would be deprived of their legitimate share in education, employment and other facilities. The intention to deport them back is tantamount to going against humanitarian principles. Our country is a proud example of giving shelter to refugees from many countries since Independence. We should remember that all have the right to life and the Rohingyas are stateless refugees in need of help. In fact Prime Minister Modi during his visit to that country had shared Myanmar Government’s concerns about extremist violence in Rakhine State where unprecedented violence had taken place, forcing Rohingyas to flee to India and Bangladesh. Sadly, the Rohingyas have been like the nowhere people since 1982, when a Burmese law rendered them stateless with the government arguing that they are Bengali. This backdrop should be considered because taking a position on the wrong side of the human angle would leave a question mark on India. As an emerging super power under Prime Minister Narendra Modi, India must understand that when it is driving out Rohingyas, the stateless people, where does it intend to send them? To the conflict zone again? 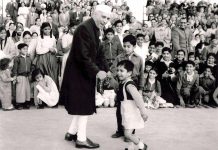 Bid to twist historical facts is a sheer folly