SHORT, AGGRESSIVE songs, unapologetic lyrics and a do-it-yourself ideology — punk can amp up crowds, making them go wild. Except in Gurgaon, at a posh brewery, in front of unreceptive corporates waiting for the house DJ to play Pitbull’s greatest hits. To its credit, The Vinyl Records, an all-girl Arunachali punk band, played on undeterred.
The band was formed in 2010, by lead guitarist Banu Jini, drummer Mithy Tatak and bassist Minam Tekseng. In 2011, vocalist and keytarist Cheyyrian Bark, from Assam, joined them. The four are from Delhi’s Arttree Institute of Performing Arts and Music and have been playing regularly on the city circuit. Excitable and perky, they cite influences such as CSS, Ramones, and The Strokes.
“We’re not strictly punk,” the girls say. “We’re post-punk, indie and new wave.”
Watching them belt out decidedly tame tunes, you wonder if punk’s ethos ever carried over to Indian musicians. “Indian bands basically think punk is Blink 182,” remarked a bemused, bespectacled spectator, one of the few paying attention to the music. “It’s not.” Neither is The Vinyl Records. It is pop-punk, known less flatteringly as bubblegum-punk.
“They are sweet girls and I’m fond of them. But they are very pop. Punk has been diluted to pop,” says Rishu Singh, founder of record label ennui.BOMB and manager of Mumbai-based post-punk band Blek, one of the girls’ favourites. “The message is no longer of a counter culture.” It’s hard not to agree, as lyrics like “don’t break my heart” evoke a latter-day Avril Lavigne rather than the Arctic Monkeys, who they claim to be influenced by.
“We’re trying to do the feminist thing. This is an all-girl band. So it’s about girl power,” says Minam chirpily, as Mithi seconds her with a double-fisted air punch. Cheyyrian looks on sternly, as if to corroborate the seriousness of a feminist message. But their enthusiasm doesn’t survive the journey from the stage to the seats.
Says Blek vocalist Rishi Bradoo, “Punk is an easy sound. Many bands inadvertently start with it, but they need to evolve. Indian bands have to understand the difference between a genre and the original style.” That is The Vinyl Records’ shortcoming.
“I saw them a year ago. They were good, but they needed work,” recalls Ashwin Sharma, from the Rolling Stone India. “That might be because of a lack of live gigs. Venues stick to better-known bands that play famous covers. Bands need to be onstage to get better. Confidence only comes with live gigs.” He adds that some highly talented punk bands couldn’t make it because of the struggle. “Lavender Carnage, from Delhi was good. But it disbanded. Supersonics, from Kolkata, has reunited. They have that punk sound.”

Excitable and perky, the girls are trying to do ‘the feminist thing’. But their music needs more than just enthusiasm

“There may not be a proper scene,” says Rishi, “but there are bands. The Riot Peddlers, from Mumbai, has tracks called Chai Paani andSau Rupiya. That is the sound and the ethos that goes with the genre.” Socially aware, The Riot Peddlers tries to galvanise people into taking action against corruption.
However, it is in a minority. “Few Indian musicians are trying to bring in the ’70s counter culture. That movement has happened. They may be musically similar to punk/post punk, but have nothing to do with, say, Sid Vicious” asserts Singh.
Despite a mediocre gig, The Vinyl Records has believers among Indian musicians. But to make it big their sound has to evolve beyond pale imitation. For girls to play shows to indifferent squares is punk. Now they need the tunes to back up the attitude.
Aradhna Wal is a Sub-Editor with Tehelka.
aradhna@tehelka.com 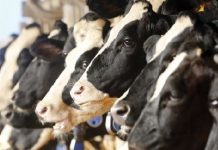