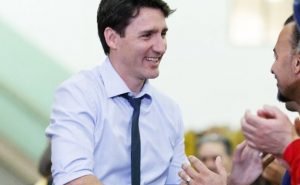 Indian-origin Canadian Jagmeet Singh-led New Democratic Party (NDP), which won 24 seats in the general election, is likely to emerge as the “kingmaker” where Prime Minister Justin Trudeau’s Liberal Party held onto power in a nail-biting poll, albeit as a weakened minority government.

In the just-concluded Canadian general election, the results of which were declared on October 22, the Liberal Party bagged 157 seats, the opposition Conservative 121, Bloc Quebecois 32, NDP 24, Green Party 3 and one Independent.

Trudeau would now require at least 13 legislators from his left-leaning rival parties to reach the ‘’magic number’’ of 170 to form a Liberal Party-led minority government in the 338-seat House of Commons.

“The New Democratic Party is poised to play kingmaker in a minority parliament after Jagmeet Singh spearheaded a turnaround on the federal campaign trail that may have saved his leadership and pulled his party from the brink of irrelevance,” the Toronto Star newspaper reported.

With 24 seats in its kitty, the NDP has lost nearly 50 per cent of the seats it had won in 2015. The party, led by Thomas Mulcair, had won 44 seats, becoming the third-largest party in the House of Commons in 2015.

Despite the drop in seats, Singh in a celebratory speech said his party will now be “working hard” to deliver on the “priorities that Canadians have”.

“When we get back to Ottawa, every single day we are in parliament, New Democrats are going to be working to make sure Canadians’ lives are better,” he was quoted as saying by globalnews.ca.

Singh said his party’s elected officials will now head to Ottawa to tackle a number of issues, including taking “real and urgent action” on climate change, making life more affordable for Canadians and making sure the “super wealthy pay their fair share”.

Singh, who was himself a prime ministerial contender, said he wants the NDP to play a “constructive” role in the new Parliament, the Canadian Broadcasting Corporation reported.

Addressing supporters at his party headquarters in Burnaby, 40-year-old Singh said, “It is such an amazing honour to be home here in British Columbia with all of you.”

The first non-white leader of a federal political party in Canada congratulated Trudeau, 47, on his win and said he spoke to him earlier in the day, the report said.

Singh, a leftist former criminal defence lawyer, said he wants the NDP to play a “constructive and positive role” in the new Parliament.

“The winner of this election is not a leader or a party — the winners should be Canadians. They want a government that works for them. Not the rich and the powerful,” Singh tweeted.
In the Liberal government elected in 2015, Indian-Canadians had notched up a record number of 19 seats. Of those 19, as many as 18 were of Punjabi origin.

The Green Party has already indicated to remain in the Opposition with its leader Elizabeth May saying that her party would work hard to hold the government to account by “non-stop arm-twisting”.

Bloc Quebecois leader Yves-Francois Blanchet has also apparently signalled at his unwillingness to join the government. “The Bloc Quebecois does not want to form a government or participate in a government,” he said and added that he does not think that the people of Canada voted for a minority government because they want to go back to the polls in 18 months.

Separately, Prime Minister Narendra Modi congratulated Trudeau for returning to power. “Congratulations @JustinTrudeau. India and Canada are connected by shared values and a strong commitment to democracy as well as plurality. Looking forward to working together to further strengthen bilateral relations,” the prime minister tweeted.

Prime Minister Justin Trudeau’s Liberal Party held onto power in a nail-biter of a Canadian general election on October 21, but as a weakened minority government. “From coast to coast to coast, tonight Canadians rejected division and negativity,” Trudeau said. “And they
rejected cuts and austerity and voted in favour of a progressive agenda and strong action on climate change.”

He reassured Quebec that his Liberal government, despite an electoral setback in the French-speaking province, “will be there for you.” He also spoke directly to a growing sense of Western Canada’s alienation within the federation, telling those in Saskatchewan and Alberta provinces: “I’ve heard your frustration.”

The 47-year-old former school teacher dominated Canadian politics over the four years of his first term, but faced a grilling during the 40-day election campaign, which he described as one of the “dirtiest and nastiest” in Canadian history.

Trudeau and Scheer exchanged barbs as attack ads and misinformation multiplied. Trudeau evoked the bogeymen of past and current Tory parties fostering “politics of fear and division” while Scheer called the prime minister a “compulsive liar,” “a phony and a fraud.”
Going into the election Trudeau’s golden boy image had already been damaged by ethics lapses in the handling of the bribery prosecution of engineering giant SNC-Lavalin. His popularity took a further hit with the emergence during the campaign of old photographs of him in blackface makeup.

At one rally, the prime minister was forced to wear a bulletproof vest due to a security threat. “Trudeau has really lost his halo. It’s pretty tarnished,” commented Lois Welsh, 77, in Regina, disappointed over the Liberal win.

Outside polling stations, Canadians was quoted as saying that they had wished for a more positive campaign focused on issues. “I deplored the cheap shots during the campaign. I think we’re better than that,” said Andree Legault in Montreal.

In his concession speech, Scheer said, “Canadians have passed judgement on (Trudeau’s) Liberal government,” noting that the Liberals shed more than 20 seats as well as “support in every region of the country.”

“Canada is a country that is further divided,” he said, warning that its oil sector, the fourth largest in the world but struggling with low prices and a lack of pipeline capacity, is “under attack.”

“We have put him on notice, his leadership is damaged and his government will end soon and when that time comes, the Conservatives will be ready and we will win!” Some 27.4 million Canadians were eligible to vote in the election, and the turnout was reported to have been large, at almost 65 per cent.

A record 97 women were elected to parliament, including Canada’s first indigenous attorney general, Jody Wilson-Raybould, who ran as an independent candidate after Trudeau kicked her out of his caucus.

The night also saw Conservative deputy leader Lisa Raitt turfed and Liberal Public Safety Minister Ralph Goodale lose the seat he held for 26 years. Scheer, only two years after winning the leadership of his party, struggled to win over Canadians with his bland minivan-driving dad persona and a throwback to the thrifty policies of past Tory administrations.

Social democrats and resuscitated Quebec separatists also chipped away at Liberal support. The Bloc Quebecois came back from a ruinous 2015 election result, tapping into lingering Quebec nationalism to take 32 seats. Michel Mercer in Montreal said he voted for the Liberals, but only to keep the Tories at bay. “I would have voted NDP but I didn’t want to see the Conservatives in power,” he said. 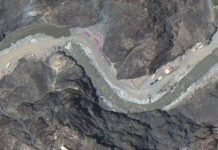