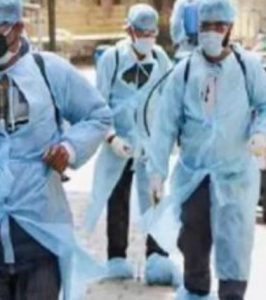 Chief Minister Captain Amarinder Singh on Sunday sought a comprehensive economic package from the Centre to mitigate the hardship resulting from COVID-19 to the most vulnerable people and establishments across sectors, besides the poor daily wage workers, in the state.

The Chief Minister has submitted a detailed memorandum in this regard to Prime Minister Narendra Modi and Union Finance Minister Nirmala Sitharaman, requesting economic support from the Government of India to business enterprises, MSMEs, as well as organised and unorganised labour in the State, according to an official spokesperson.

Based on a quick assessment of the situation, the Chief Minister has sought immediate extension of the financial year from March 31 to April 30, for the worst hit MSME and Tourism & Hospitality sectors, along with major interventions in Healthcare and Pharma sectors. He has also suggested that food grain entitlement under the National Food Security Act 2013 may be doubled from 5 Kg per person per Month to 10 Kg per person per month, and it should be distributed immediately.

While seeking suspension of all ongoing works under the Ministry of Rural Development, the Chief Minister has asked for wages for the MNREGA workers, as they are guaranteed wage employment under the MNERG Act, till the National Level Health Emergency lasts or till their 100 days mandate is achieved, whichever is earlier. The total compensation amount required for 15 days for the engaged labour mentioned above is Rs. 53 Crore.

In his letter to the Prime Minister, Captain Amarinder said while “the Government of Punjab is fully prepared to face the challenges emerging due to COVID-19, it is felt that economic impact of the situation is going to be rather grave.” He urged Modi to advise the COVID-19 Economic Response Task Force to consider the state’s proposals to address the economic implications of the problem.

The Chief Minister, in his letter to Sitharaman, said the most vulnerable people and establishments in trade, business, industry, agriculture and of course, the poor daily wage workers would need to be assisted liberally to mitigate some, if not all, of the adverse implications of the spread of the Coronavirus. He urged Modi, as Chair of the COVID-19 Economic Response Task Force to consider the state government’s proposals to mitigate the economic upheaval caused by the problem.

Among the key general proposals of the state government are reduction by 2% in industry interest rates on loans, reduction in Excise and VAT on petroleum, diesel and allied products by at least 25% to bring down the prices of petrol and diesel by Rs 9-10 per litre, a special category fund of Rs 25,000 Cr with no collateral to fund the financial needs of the MSMEs, waiver of interest on loans/CC limit for the affected period, extension in due dates of GST returns, and extension for payment of Employers contribution of PF and ESIC.

Interest subvention of 3 per cent to the most impacted sectors such as tourism and hotel industry, aviation, manufacturing, among others should be provided to rejuvenate and resume businesses in the coming times, according to the memorandum submitted by the Chief Minister on behalf of the state government. He has also sought special concession of income tax exemption/ reduction of CGST portion for Industrial units situated in border districts for some period, as well as freight subsidy to essential commodities like Wheat Flour, Milk and Rice to meet the current exigency arising out of the Covid-19 crisis.

Specifically for the MSMEs, the state has suggested 3-month delay/deferment for tax collection without any prosecution. Banks should be mandated to grant 6- 12 months moratorium on loan /EMI for consumers and businesses, the Punjab government has further suggested for the MSME sector, along with relaxation in NPA norms and temporary wage subsidy for MSMEs to keep the staff on pay roll.

Among other suggestions to support the MSMEs at this critical time, the state government has also proposed that in case the industrial/commercial institutions are mandatorily closed, 1/3rd of the wage burden of MSME units should be borne by Government of India. For units involved in mitigation measures for example masks, protective suits, ventilators etc. liberal overdraft facility should be allowed on an immediate basis, it has been further proposed.

For Start-ups, the state government has sought tax benefit and pay back relaxation of existing loans for 6 Months at least, along with collateral-free loans through Start-Up India Mission and banks. Special aid package for start-ups in health tech and bio tech sector may be done, it has been suggested.

In the critical Healthcare sector, underlining the need to maintain supply chain of consumables for different specialties, the Chief Minister has suggested facilitating import and distribution channels. To meet any shortage of medicines in the near term, availability of raw material and production should be ensured, he stressed.

To prevent black marketing & hoarding of medicines, a *Price Monitoring & Research Unit* should be constituted to track the violation of prices of essential drugs under Drug Pricing Control Order (DPCO), the Chief Minister has suggested for the Pharma sector, along with subsidy on sourcing of chemicals required for manufacture of bulk drugs to reduce the import of such drugs from China. Support for early regulatory clearances for new Pharma Parks and Special relief to those medicines that fall under National List of Essential Medicines based on the increase in their cost of production are the other proposals for this sector.

For the Textile/Hosiery sector, the GoI has been urged to ensure that banks defer the interest payment due to manufacturers/exporters and industry on all industrial bank loans for at least 2-3 months, and all due GST payments are also deferred.

Given the massive adverse impact on the Tourism and Hospitality industry, it has also been proposed that the date for the deposit of self- assessment income tax for AY 2020-21 may be extended to 30.6.2020, and date of filing of the return of income tax may be extended up to 30.9.2020. The state has sought complete GST tax holiday for tourism, travel and hospitality industry for 12 months, in addition to12-month moratorium on EMI of principle and interest payment on loan and working capital from Financial institutions including banks for this sector.

The state government has additionally sought lump sum assistance for other stakeholders in tourism and hospitality sector, such as taxi drivers, freelance tour guides, unregistered tour operators, dhabawala, restaurant, rehriwala, who have also been severely hit.

For the Aviation sector, the Punjab government has sought 100% waiver on existing ANS (Air Navigation Service) charges for the duration of COVID-19 (minimum 6 months). It also wants AAI to rework their contractual obligations with private airport operators for a temporary period of six months.

Among the key proposals for the Automobile sector are cut in GST rate on automobile sector from 28% to 18% to revive the sector post Covid 19 and deferral of TDS payment for the month of March 2020.

A series of proposals has also been made by the Chief Minister to support the Exports segment. These include extension by 180-270 days of the packaging credit availed for manufacturing or procurement of goods meant for export, and in the unrealised export bills discounted/ under collection and wherever payments are getting elongated. Additional credit facilities, relaxation in SMA/NPA classification may be suitably relaxed for exporters and extension from 9 to 15 months in the export remittance period are among the other suggestions for Exports.

Rationalisation of GST with lower rates and freight subsidy for Agri exports have been proposed for Agriculture / Agri Processing /Animal husbandry, Meat Processing sector by the Chief Minister, who has also urged the Centre to encourage Rice export to Iran. 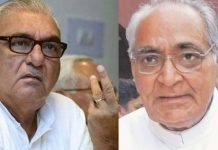