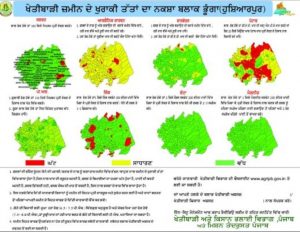 Taking a giant leap in the direction of maintaining soil health of the ‘Granary of India’, Punjab government under its flagship programme, Tandrust Punjab Mission, has prepared soil fertility map for all farmlands in the State.

Now, the exercise is on to prepare the soil fertility maps block-wise and install them in 12581 villages of 150 blocks in the State, said Pannu. He informed that soil fertility has been checked for eight main nutrients including Organic Carbon, Phosphorus, Potash, Sulphur, Soil pH, Zinc, Iron and Manganese. The presence of the nutrients is shown in a colour code with red denoting deficiency, green for abundance and yellow for normal.

Mission Director informed that the soil fertility maps for every block would be installed at common public places in the villages like Cooperative Societies, Panchayats Ghars, near Gurudwaras etc. so that maximum people reap benefit from them. He said that we aim to install maps in the all the villages before the commencement of paddy transplantation. It has been observed that unscientific use of fertilizers has adversely affected soil health and crop production as well as burnt hole in the farmers’ pockets. This exercise coupled with the awareness campaign will hopefully yield positive results, said Pannu.

He further shared that out of the samples collected across the State, 1,09,244 were found deficient in Zinc, 99,978 in Sulphur, 1,10,632 in Iron and 4,55,592 in Manganese. He said that Cooperative Societies have been directed to maintain adequate supply of NPK and MOP for Potash deficient areas and Zinc Sulphate and Gypsum in Zinc and Sulphur deficient areas respectively so that farmers may be provided the same, in time.

‘I am glad schools are opening in Delhi after 10 months’: Manish Sisodia 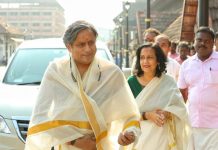