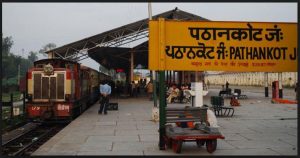 Six people from Jammu and Kashmir, who were travelling in an express train, were deboarded and detained at the Pathankot railway station on the basis of suspicion, senior police officer said.

They were on board the Pooja Express from Jammu to Ajmer in Rajasthan, when police stopped the train in Pathankot late on Sunday and took them in custody.

All the six men were detained and being questioned by cops about their antecedents, officials said.

Security agencies suspect that the detained were planning to carry out terror activities adding that a motorcycle was also recovered from them.

Pathankot and its adjoining areas continue to be under a strict vigil after the 2016 terror attack. 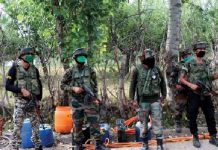