Deputy Commissioner of Police Mukhwinder Singh Bhullar, said that the arrested accused Yuvraj Sabharwal was the main kingpin of this case, who executed the operation on directions of Lakhbir @ Landa.

Police said that two pistols, five cartridges, one detonator, some packaging material, remains of explosive substance were seized from Yuvraj Sabharwal during the course of investigation after his arrest.

On the intervening night of 15/16 August 2022, he along with his accomplice Deepak  (already arrested and lodged in Amritsar Central Jail) retrieved I.E.D. from village Khan Kot, Amritsar and planted it under the Bolero Car of Punjab Police Sub Inspector Dilbagh Singh. So far eight accused have been arrested in the I.E.D. case including the aforesaid Yuvraj.

Police said that accused Yuvraj Sabharwal was presently facing eleven FIRs registered in the different police stations of Amritsar, Batala, Bholath in Kapurthala and Tarn Taran in murder, dacoity, arms and ammunition, threatening under sections of 302,  336,323,324,506,148,149, 45,427, 379and 395 of IPC.

On his further interrogation he confessed that Ashok Kumar and Gurcharan Singh of Garhbagha of PS. Noorpur Bedi District Ropar gives them shelter after installing IED in Amritsar, said police.

Roopnagar police booked them (Ashok and Gurcharan )for giving Shelter to Yuvraj FIR number 129/25/9/22 u/s 212,216-A, IPC and 19 of UAPA and arrested Gurcharan Singh for harbouring the accused in Amritsar police information. Further investigation is on. 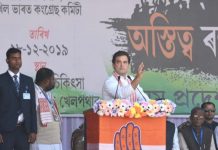 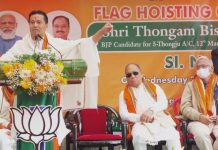