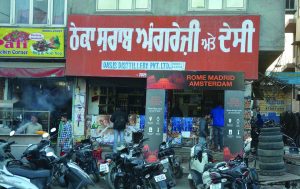 The Punjab government is toying with the idea of setting up a web portal to offer home delivery of liquor in Mohali city on an experimental basis. The State Government plans to introduce the scheme to whole of Punjab if the experiment works in Mohali, a satellite town on the periphery of Chandigarh.

A proposal to this effect formed part of the Punjab Excise Policy 2020-21 approved by the state Cabinet in a meeting chaired by Chief Minister Capt Amarinder Singh on January 31. However, the move has led to debates on the proposal, some calling it ill conceived because Punjab is already battling drug addiction.

The state-wise survey, done by the Social Justice Ministry, shows that more than half of Punjabi men drink alcohol and the state also houses the highest proportion of children consuming psychoactive substance. The proportion of children hooked on alcohol in Punjab is thrice the national average, the government study on drug extent and prevalence in India has shown.

The data show that a high proportion of children have reported alcohol use (more than thrice the national average) in Punjab (6 per cent) followed by West Bengal (3.9 per cent) and Maharashtra (3.8 per cent). Not only this, Punjab also has the highest proportion of cannabis users in the country. While the all-India average of current use of cannabis among 10 to 75 year olds is 2.83 per cent, the corresponding average is 12.55 per cent in Punjab, followed by Sikkim and Delhi.

The study reveals that Indians are heavy drinkers. That’s evident from the choice of beverage — high-concentration products are preferred over low-concentration ones — as well as from the amount of alcohol consumed on a single occasion.

It is in this context that the proposal has raised eyebrows. The Shiromani Akali Dal has condemned the Punjab government for proposing to start home delivery of liquor in Mohali, saying that the government was running away from ts promise of ‘ghar-ghar rozgar’ (employment in every house). The SAD spokesperson and former Punjab minister Daljit Singh Cheema termed the proposal as shameful and unmindful of the sentiments of the people.

When asked, a government spokesperson said, “On experimental basis, the government may introduce an online platform for home delivery of liquor in Mohali city. It will be done in consultation with all the retail licensees of the city. The experiment would not, however, be undertaken even if a single licensee objects to it.”

An official said that if all licensees agree, the home delivery of liquor could be introduced by charging a nominal delivery fee. Punjab Excise and Taxation Commissioner Vivek Partap Singh, however, said the proposal was at a very nascent stage and no modalities had been worked out yet.

In 2018, a similar proposal was mooted in Maharashtra but it did not see light of the day. Sources said that last month, a web portal gave a presentation to the Punjab government that online home delivery of liquor could prevent incidents of drunken driving.

Punjab Health Minister Balbir Singh Sidhu said he was not aware of contents of the new excise policy. He said that as he was late for the Cabinet meeting, he would be able to comment after going through the excise policy.

Article 47 of the Constitution says the State shall endeavour to bring about prohibition of consumption, except for medicinal purposes, of intoxicating drinks and drugs. Also, since sale of liquor to those below 25 is prohibited, how would a delivery man check the age of the buyer before delivering the bottles? Will he ask for Aadhar or other proof in lieu of that for ascertaining the age of consumer? Reasoning out that the plan would reduce drunk driving speaks more for the government’s inability to check the gross violation where it should, on the road.

Punjab is toying with the idea of home delivery of liquor when other states have toyed with the idea, and dropped it. It’s not just about ethics, a government cannot be seen to be an active participant in home delivery of ‘injury to health’. Certainly not Punjab that claims to be at the forefront of the fight against drugs and certainly not the chief minister who came to power on the promise of ending addiction from Punjab.

Maharashtra government had reportedly planned to make home delivery of alcoholic beverages across the state legal. The State had planned to introduce a policy that would have legalized home delivery of liquor. Home delivery of liquor is primarily meant to cut down the cases of accidents that happen due to drunken driving. Had that happened, alcoholic beverages would have been retailed across the state via national and international e-commerce website, similar to grocery and vegetable retail sector right now.

That brings us to the issue as to how important Aadhaar would be? Aadhar will play an important role in this scheme of things. The sellers would be directed to take complete details of their buyers ordering the drinks asking for home delivery to make sure that they are of legal drinking age. The bottles of booze will be tracked using geo-tagging from their manufacture to sale.

In spite of legal restrictions, alcohol consumption in India has risen over 72.5 per cent over a period of 20 years according to Organization for Economic Co-operation and Development. Alcohol is a subject in the State list under the Seventh Schedule of the Constitution of India.

Therefore, the laws governing alcohol vary from state to state. Liquor in India is generally sold at liquor stores, restaurants, hotels, bars, pubs, clubs and discos but not online. Some states, like Kerala and Tamil Nadu, prohibit private parties from owning liquor stores making the state government the sole retailer of alcohol in those states. In some states, liquor may be sold at groceries, departmental stores, banquet halls and/or farmhouses. Some tourist areas have special laws allowing the sale of alcohol on beaches and houseboats.

Home delivery of alcoholic beverages is illegal in Delhi. However, in Delhi home delivery of beer and wine by private vendors and departmental stores is permitted. Coming months would unfold how the Punjab proposal mooted in the Excise Policy 2020-21 sees the light of the day or remains a piped dream. 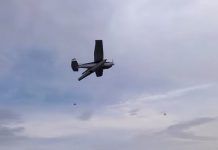