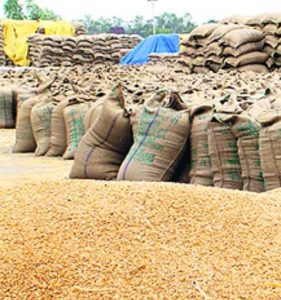 Adopting a tough stand towards the people, who were threatening to disrupt the smooth arrangements made for wheat procurement, the Punjab Mandi Board on Wednesday issued directions to all the Secretaries of the Market Committees across the state to initiate strict action immediately against any person found causing hindrance in the procurement operations.

It may be recalled that the state government had set up a 30-member control room at the mandi board for coordination and providing logistic support during the wheat harvesting and marketing season, set to begin on April 15 amid unprecedented security and safety measures to ensure smooth operations in view of the Covid-19 clampdown.  Though Punjab had earlier planned to credit payments directly into the accounts of farmers, it decided not to go ahead with it this time because of the Covid-19 crisis. Farmers would be paid in cash. The farmers are being given tokens with an official hologram to ensure social distancing.

In a related development, the Punjab Chief Minister Capt Amarinder Singh had written to his West Bengal counterpart Mamata Banerjee, seeking her intervention to revive manufacturing at the jute mills in her state against the pending indents for gunny bales placed by Punjab. The CM said indents had been placed for 3.4 lakh jute bales from December 2019 to March 2020, and approximately Rs 1,000 crore had been transferred in advance in the escrow account of the Jute Commissioner of India, Kolkata. As per the information, of 3.4 lakh bales, 2.46 lakh had been cleared in inspection, and 2.30 lakh bales had been dispatched to date. Another 10,000 bales were ready with the mills for inspections, but the nationwide lockdown disrupted the entire supply chain, he observed.

In the meanwhile as reports suggested that certain arhtiyas had threated to boycott the procurements, the Secretary Mandi Board Ravi Bhagat, made it clear that it would not be tolerated at any cost. He further pointed out that the Mandi Board has already issued necessary directions to cancel the licenses of all such erring Arhtiyas and warned them of further action under the strict provisions of the Disaster Management Act, 2005. In order to ensure that farmers do not face any harassment, Bhagat further directed immediate cancellation of all farmers’ passes issued to those Arhtiya threatening to go on strike and re-issuance   of an equivalent number of these passes to other Arhtiyas operating in the same Mandi.

Bhagat further clarified that as of now there is no disruption of work in any Mandi across the state. However, arrivals are slow and nil in several mandis across the State. 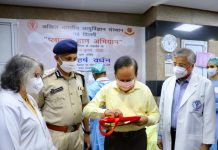