The DGP said one student and two others were arrested. He thanked his counterparts in Himachal Police for excellent cooperation. “Electronic devices seized and sent for forensic examination. The SIT will go to the bottom of the conspiracy. No person to be spared, if found involved, ” said Yadav in a video message.

He appealed to everyone to maintain peace and harmony. “Don’t fall to unverified rumours. Let’s work together for peace in society, ” he added.

Responding immediately, Himachal DGP Sanjay Kundu said the police reacted to the request of Punjab Police with sensitivity and professionalism.

“We nabbed the accused. Congrats to Dr Monika, Superintendent of Police, Shimla, and her team for great professional work, ” Kundu tweeted.

Huge protests broke out on the university campus in Mohali district after a girl allegedly leaked private videos of her hostel mates online.

A day after daylong protest, silence returned to the campus on Monday as the local administration and the university agreed to investigate the demand of the students over objectionable videos of several girl students that were recorded by a hosteller and shared with her friend in Shimla.

The police arrested an MBA first-year student of the university, while her friend and another person were held in Shimla.

As the matter drew angry political reactions, the university authorities clarified that “no videos were found of any student which are objectionable, except a personal video shot by a girl which she shared with her boyfriend”.

Also dismissing reports of suicide attempt by some students who were allegedly filmed, the authorities said “there are rumours that seven girls have committed suicide whereas the fact is that no girl has taken any such step”.

Senior Superintendent of Police Vivek Soni, who is leading the investigation team, categorically told the media on Sunday that no attempt to suicide was reported after the incident came to light. Also, he said, so far there is no evidence of the video going viral.

“As per the investigation, the accused made her own video and shared it with her boyfriend. There is no video of other students made by her. There is no evidence of that so far. A lot of misinformation and rumours are doing the rounds. We should respect the modesty of the accused student as we are investigating the matter, ” he said.

As per reports, the accused hosteller sent nude images and videos to her male friend in Shimla, resulting in the footage being circulated online.

As the news spread, a massive protest was staged on the university campus on Saturday night with scores of hostellers raising the ‘we want justice’ slogan.

The Chief Minister said that “daughters are our dignity and pride”, adding that any such incident is highly condemnable.

He categorically said that anyone found guilty will not be spared and severe action will be taken against the perpetrators of this crime. 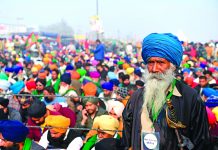 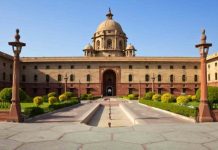