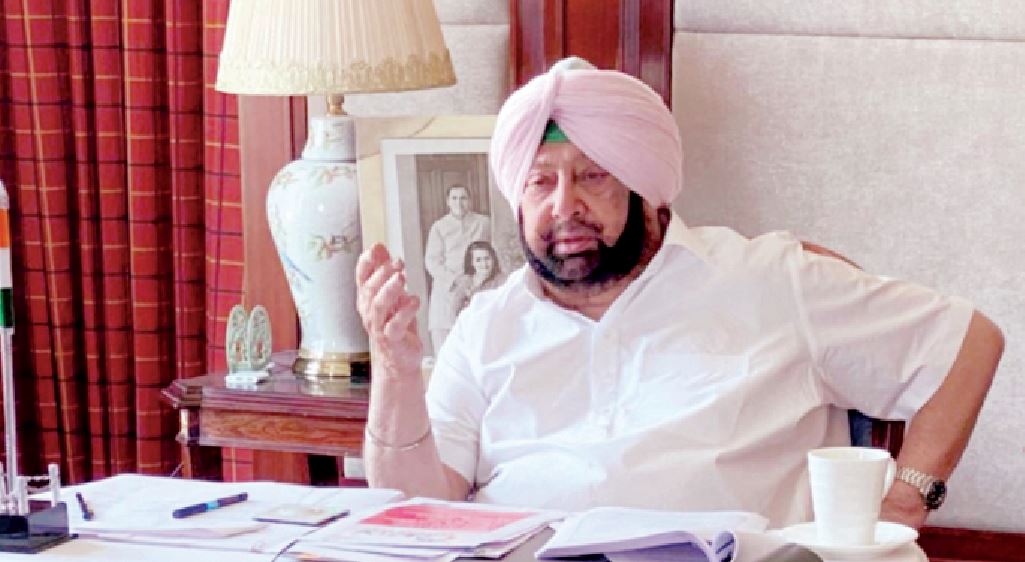 The increasing discontent among senior Congress leaders against Chief Minister Captain Amarinder Singh in Punjab has compelled the party high command to intervene to limit the damage ahead of the state assembly polls, which are just eight months away, reports RAJESH MOUDGIL

The recent stance taken by several senior Congress leaders against the chief minister Capt Amarinder Singh in Punjab has compelled the party high command to intervene and launch the long-sought-after damage control exercise in the wake of upcoming state assembly elections which are due in February next year.

It was in this context that the three-member committee formed by the party high command and headed Rajya Sabha member, Mallikarjun Kharge with state in-charge Harish Rawat and former Delhi MP Jai Prakash Agarwal as its members, recently summoned all the about 150 state Congress leaders as well as the chief minister Capt Amarinder Singh to Delhi to thrash out issues raised by both the sides.

The chief minister during his interaction with the panel members, however, stood his ground on the questions raised by his detractors about his performance and style of functioning. He shared with the committee his government’s achievements, implementation of 85% poll commitments, his roadmap for meeting unfulfilled promises and the report card of his ministers.

Besides, the chief minister also carried with him some documented details of some allegedly dubious land deals and direct or indirect interests of some party MLAs and other leaders in mining and liquor businesses to share with the committee members. There were also a set of MLAs who sought action against former minister Navjot Singh Sidhu for his consistent tirade against the chief minister.

The dissenting leaders, including Sidhu, on the other hand, also stuck to their guns at the meeting and raised the issues which they had been highlighting publicly during the past few weeks; The fresh salvos against the chief minister had been fired by Sidhu and others, including Rajya Sabha MP Partap Singh Bajwa, cabinet minister Sukhjinder Singh Randhawa and Jalandhar Cantonment MLA Pargat Singh.

They were besides other leaders who even held a meeting at the cabinet minister Charanjit Singh Channi’s residence and lashed out at the government’s attempt to rake up over two-and-half-year old harassment allegation by a woman IAS officer against Channi about some inappropriate messages on her cell phone. Though the issue had reportedly been sorted out then, it had now again been raked up with the state women commission chairperson Manisha

Gulati seeking a reply from government in the case, failing which, she threatened, she along with her team would stage a sit-in in Chandigarh.Congress leaders were also said to be anguished over the subsequent threat call by a political aide of the chief minister to Pargat Singh saying that cases would be opened against him for raising voice against the chief minister in sacrilege and police firing cases. Sidhu, who has been breathing fire against Capt Amarinder Singh ever since the state government suffered a legal setback in the Kotkapura police firing case, held that the threat to party colleagues showed fear and insecurity. Earlier the had accused the chief minister of first attacking the high court and then accepting its orders from the backdoor to deflect people’s attention in the said police firing case which took place subsequent to the sacrilege incident.

The dissenting MLAs have also been alleging that the government was targeting its own MLAs while it should be probing the scams that took place during the previous Badal government. Notably, these issues are besides a recent meeting of about a dozen SC and OBC MLAs on unfulfilled poll promises, an event which obviously piqued the CM’s camp.

The Kharge panel in its report submitted to the party chief Sonia Gandhi after its meetings with the state party leaders, is learnt to have recommended that Capt Amarinder Singh led the party in the upcoming poll year and his former Cabinet colleague Sidhu be suitably accommodated. Besides, the panel held that due representation also be given to all the sections of the society in the party. It also categorically recommended that there was a need to fine-tune the government working and address issues raised by the party leaders.

According to information, the issue of Sidhu being as deputy chief minister was also discussed among the panel members, though there was said to be no unanimity on it, so far. It was also learnt that Capt Amarinder Singh was averse to the idea of Sidhu being made the state party chief, an issue on which Sonia Gandhi was to take a call in days to come.

Meanwhile, the Kharge panel’s recommendation that Capt Amarinder Singh remained at the helm of affairs in the upcoming election year, notwithstanding, his detractors appear to be unrelenting. Some of the dissidents who did not want to be named held that the chief minister had not fulfilled poll promises and that they would soon be holding meetings with more MLAs to come together to press for a change in leadership.

According to them, the real issue was not the differences between the chief minister and Sidhu but addressing the issues flagged by them such as getting justice in the sacrilege and police firing cases and making public a report on drugs in the state submitted to the Punjab and Haryana High Court in 2018, besides negotiating again the power purchase agreements.

Notably, within hours of the panel submitting its report to Sonia Gandhi, Pargat Singh dared the chief minister to make public the so-called dossiers on some ministers and MLAs which he had reportedly given to the panel. However, Capt Amarinder Singh has dismissed the charges.

Shot in the arm

In another twist in the political developments, the induction of the three rebel AAP legislators, including former leader of opposition Sukhpal Singh Khaira, into the Congress is being seen as a chief minister’s score.

Since the event took place minutes before Capt Amarinder Singh left for Delhi in a helicopter was also being seen as his way of showing that he is standing his ground. Interestingly enough, the joining of three AAP leaders was deferred twice earlier and they were likely to be inducted next week. However, the two-time chief minister Capt Amarinder Singh went ahead with the event without the presence of Rawat and Punjab Congress president Sunil Jakhar.