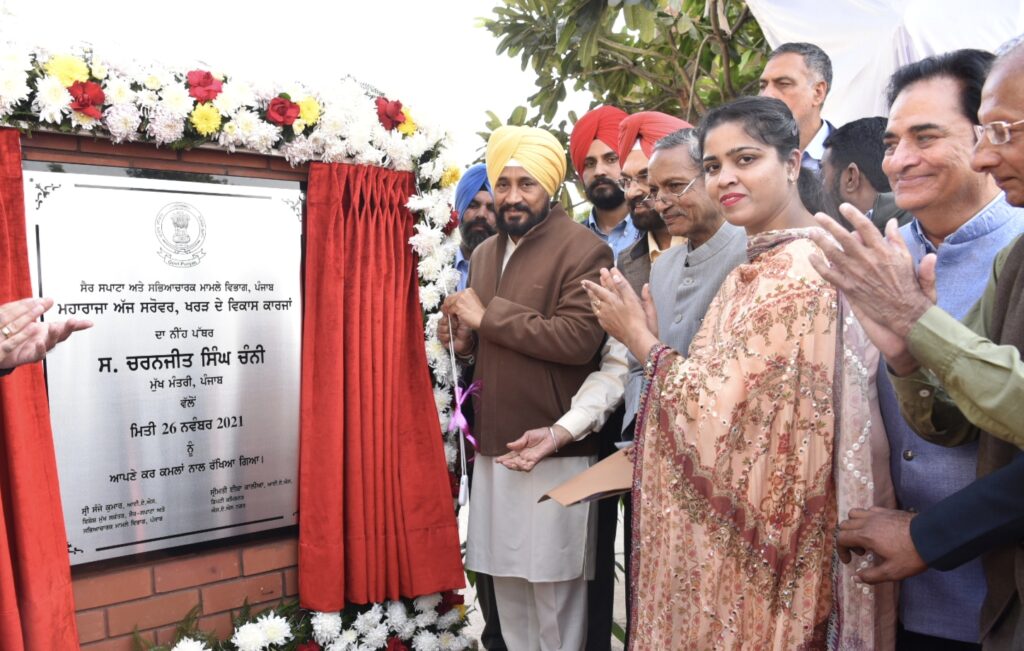 In a bonanza for the Zira assembly constituency, the Punjab Chief Minister Charanjit Singh Channi laid the Foundation stones of slew of development projects in the Zira constituency at a cost of Rs. 87 crore. These included Civil Hospital (Rs. 50 crore) which would come up in 5.5 acres, Administrative Complex (Rs. 12 crore), Bus stand (Rs. 6.50 crore) at Makhu and an ITI to be named after Late. Inderjit Singh Zira (Rs. 12.50 crore) and Sub Tehsil at Mallanwala (Rs. 5.85 crore).

In his address at Dana Mandi, the Chief Minister said that now the political system has come out of the royal households and serving the people at their doorsteps thus leading towards the creation of a new and resurgent Punjab.

Taking on the Shiromani Akali Dal (Badal), the Chief Minister said that the century old party has been ruined by the Sukhbir – Majithia combine who patronize drugs and corruption. “Aam Aadmi Party supremo Arvind Kejriwal is no better as he has no vision for he knows nothing about the culture of Punjab whom he intends to rule by whatever means”, said Channi while castigating AAP leadership adding that from earlier 20 the number of party MLAs in Punjab has dwindled down to 10 and out of earlier 4 MPs it now has only one which is a testimony to the state of affairs in the party.

Listing the achievements of his Government so far, the Chief Minister said that power bill arrears worth Rs. 1500 crore of the consumers having load up to 2Kw have been waived, power rates for the domestic consumers lessened by Rs. 3, petrol and diesel prices reduced by Rs. 10 and Rs. 5 respectively, Water charges in rural and urban areas reduced to flat Rs. 50 from Rs.160 apart from the sand prices being fixed at Rs. 5.50 per cubic feet with announcement of Rs. 25000 reward for anybody reporting illegal sand mining with proof.

Remembering the former Chief Minister Pratap Singh Kairon, the Deputy Chief Minister credited the former for ushering in an era of prosperity in Punjab by pioneering green and white revolutions. He also cautioned the people to beware of the internal and external forces out to disturb the hard earned peace of the State referring to the yesterday’s incident of sacrilege at Sri Darbar Sahib in Amritsar.

The Transport Minister Amarinder Singh Raja Warring in his recalled the sacrifices made by the Zira family for ensuring the overall development of the constituency. Listing his achievements, the Minister said that he nailed the Transport mafia patronized by Sukhbir Singh Badal which has lead to the Punjab Roadways and the PRTC netting in the profit to the tune of Rs. 1.40 crore on daily basis.

Calling the Chief Minister Charanjit Singh Channi People’s CM, the MLA (Zira) Kulbir Singh Zira said that the Chief Minister has transformed the face of Punjab by undertaking development centric measures at a rapid pace. Declaring the entire constituency as his family, he said that he would not leave any stone unturned to serve the people by following in the footsteps of his illustrious father. Besides, the MLA also appealed to the Chief Minister to ensure minute investigation into the incident of sacrilege at Sri Darbar Sahib so as to ensure that the culprits behind the sacrilege could be unmasked. 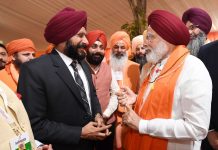