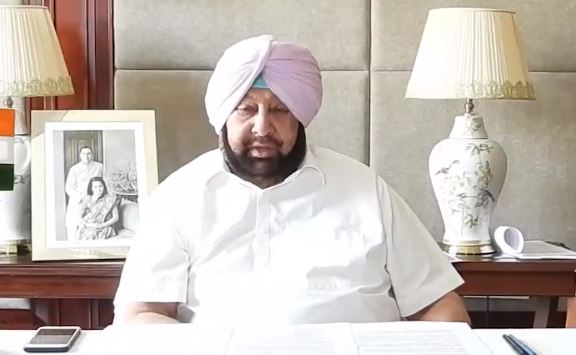 Amid a decline in the daily count of new cases over the past four days, Punjab Chief Minister Captain Amarinder Singh on Saturday announced the replacement of the strict curfew with a lockdown till May 31 in the state, while indicating resumption of limited public transport and maximum possible relaxations in the non-containment zones from May 18.

The containment zones would be strictly sealed to enable resumption of shops and small businesses in the non-containment areas, he announced, adding that details of all relaxations would be announced by Monday, taking into account the new guidelines of the Centre for Lockdown 4.0. He, however, made it clear that educational institutes would continue to remain closed in the interest of the safety and security of the children.

The Chief Minister appealed to the people to be cautious and continue to support his government as the state moves into a relaxed lockdown in place of the stringent curfew restrictions of the past 55 days. At the same time, he again urged the Opposition not to indulge in petty politics over the grave issue of COVID, and to cooperate with the state government in this hour of crisis, as they had promised earlier.

The Chief Minister disclosed that in its suggestions to the Union Home Minister, as sought by the Prime Minister, the state had recommended that the nationwide lockdown, in a relaxed form, should also be extended to May 31.

Favouring a simple containment/non-containment zone categorisation instead of the Green/Orange/Red zone classification of the central government, the Chief Minister said the state had suggested the same to the Centre. He pointed out that at present, the district as a whole is a single zone or at the most, there are 2 units i.e. municipal corporation area and non- municipal corporation area. As per the current system, COVID cases in one part of the district can result in classification of the entire district as the red zone, thus putting severe restrictions on industry, shops, etc, he noted, underlining the need to scrap this system and go for a Containment-focused strategy.

In a live FB interaction, as part of his #AskCaptain initiative, the Chief Minister said the daily number of new cases in the state had come down during the last 4 days or so, after the recent upsurge due to the arrival of pilgrims from Nanded, students from Kota, etc. He thanked the people for their cooperation, enabling the state to control the COVID cases, whose doubling rate was now 44 days, as against several other states, such as Maharashtra’s 11 days.

Captain Amarinder further shared that the state government, in its recommendations to the Centre, has pitched for the resumption of air, railways and inter-state bus services with reduced capacity, as well as starting of intra-district and inter-district buses, taxis, cabs, rickshaws, auto-rickshaws with adequate COVID preparedness in terms of reduced capacity and a screen between passengers and driver, he disclosed.

Other suggestions of the state government, listed by the Chief Minister, include allowing shops to open in all the market and market complexes (in a staggered manner if they are too crowded), operationalisation of industry and construction in urban areas without any restriction, as well as permission for E-commerce for all the commodities and not only for essential commodities.  Offices, both private and government, may be allowed to open for the entire week during normal office hours, with staggering in office timings to avoid over-crowding, if requirement, as per the state government’s suggestions. However, the state is not in favour of the resumption of teaching in Educational Institutions till 31.05.2020.

The Chief Minister further disclosed that the state government wanted no restrictions on the movement of individuals from 5.00 am to 7.00 pm, and had suggested that restrictions, if any, may be imposed between 7.00 pm and 5.00 am.  However, it was in favour of continued prohibition of activities where there would be a sizeable crowd under one roof, as in the case of shopping malls, cinemas, marriage & banquet halls, social, political and cultural gatherings, religious places.