Punjab Chief Minister Captain Amarinder Singh has ridiculed the Shiromani Akali Dal (SAD) leadership for indulging in political theatrics in the name of religion with their farcical display of regret over the misdeeds committed during their 10-year misrule.

In a statement issued here on Saturday, the Chief Minister lambasted the Badal clan and other party leaders & MLAs for misusing religion to garner public support, which they had completely lost over the past two years.

Captain Amarinder expressed shock over the failure of former chief minister Parkash Singh Badal and SAD president Sukhbir Singh Badal to admit their mistakes even now, when they had approached the Akal Takht for forgiveness. The Badals know very well what were the mistakes they had committed during their tenure and yet had chosen to call their misdeeds `any inadvertent errors’, pointed out Captain Amarinder, flaying the Akali leadership for once again taking refuge in religion to further their political interests.

It was obvious that the Badals had their eyes on the forthcoming Lok Sabha elections and the apology drama had been enacted for that purpose, said the Chief Minister. Had they been sincere in their apology, they would not have chosen to give their misdeeds the garb of `inadvertent errors’ but would have had the decently and courage to admit to their crimes of omission and commission, he added.

The Chief Minister pointed to the timing of the so-called apology to criticise the act of the Akali leaders. It (the apology) has come at a time when they are at the centre of criticism over various serious and sensitive issues, including the sacrilege and police firing cases of 2015 and the issue of pardon granted to Dera Sacha Sauda chief Gurmeet Ram Rahim Singh in a 2007 blasphemy case, Captain Amarinder noted.

He further cited the massive criticism faced by the Badals from their own senior party leaders, who had been expelled from the Akali primary leadership recently. With their party split wide open, and faced with total alienation from the disillusioned people of Punjab, the Badals were now resorting, once again, to political gimmickry in a desperate bid to regain some of the lost political ground in the run-up to the parliamentary elections, that are less than six months away, the Chief Minister added.

Captain Amarinder challenged the Badals to come out openly to acknowledge their mistakes to prove their sincerity to the people, if they really wanted to be forgiven for their misdeeds. 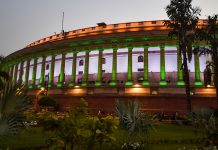 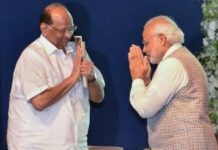