An apple trader from Punjab was killed by terrorists in Jammu and Kashmir’s Shopian on Wednesday.

Charanjeet Singh was shot dead and his friend Sanjay Churaya was injured in Shopian’s Trenz area.

They were taken to the Pulwama district hospital. Charanjeet succumbed to his injuries while Sanjeev’s condition is stated to be critical.

Kashmir Zone Police in a tweet said, “#Terrorists fired on #civilians in #Shopian #killing 01 civilian and #injuring another. Area has been #cordoned & search is in progress. Further details shall follow.”

“My govt is in touch with J&K officials to arrange for the mortal remains of Charanjit Singh, killed by terrorists in Shopian, to be brought to his home in Fazilka. These dastardly attacks by Pakistani terrorists can’t be allowed to continue. A strong response is needed by GoI,” Amarinder Singh tweeted.

This is third killing in the Valley.

In a separate incident, a labourer from Chhattisgarh was shot dead by terrorists Pulwama district.

On Monday, a truck driver from Rajasthan was shot dead by terrorists in Shopian. 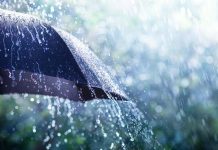