A day after Kashmiri Fidayeen attacked the training centre of Central Reserve Police Force in Lethapora, the operation came to an end with the recovery of the third body the Fidayeen.

According to reports, four Fidayeen entered the camp by firing at a patrol vehicle at the training centre on December 31 at 2:10 am.

Two Fidayeen and five CRPF men were killed in the gunfight on December 31. 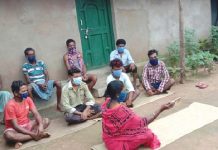