The public sector banks (PSBs) will get Rs. 88,000 crore infusion as capital from the Centre in this financial year, which include Rs. 80,000 crore through recapitalisation bonds and Rs. 8,139 crore as budgetary support.

The move seeks to address the regulatory capital requirement of all PSBs and provide a significant amount towards growth capital for increasing lending to the economy, said Finance Minister Arun Jaitley.

“We are setting up an institutional mechanism to ensure what has happened in the past is not repeated. It is the government’s responsibility to keep state-run banks in good health and ensure they follow the highest standards of corporate governance,” the minister said.

“PSU banks will have to revamp their lending practices, especially in advancing loans to big businesses and in consortium lending, monetize non-core assets, rationalize overseas branches, embrace technology and move to recover loans that have turned bad,” he said.

The recapitalisation bonds will be non SLR status and non-tradeable. They will be issued in six tranches with a tenure of 10-15 years, said Economic Affairs Secretary Subhash Chandra Garg, adding that they will be a cash neutral arrangement and so will not impact the Centre’s fiscal deficit.

However, servicing the bonds would reflect in the future liability of the union government, Garg reportedly said.

IDBI Bank Ltd and Bank of India, which have been placed under prompt corrective action (PCA) by Reserve Bank of India, will receive the highest capital infusion from the government at Rs10,610 crore and Rs9,232 crore, respectively.

Banks hope that the capital infusion will help in funding growth and meeting regulatory requirements. The assistance, according to them, has been allocated based on the provisioning requirement for bad loans and the board-approved growth policy that has been shared with the government.

The PSU banks and their capital infusion 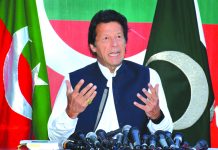