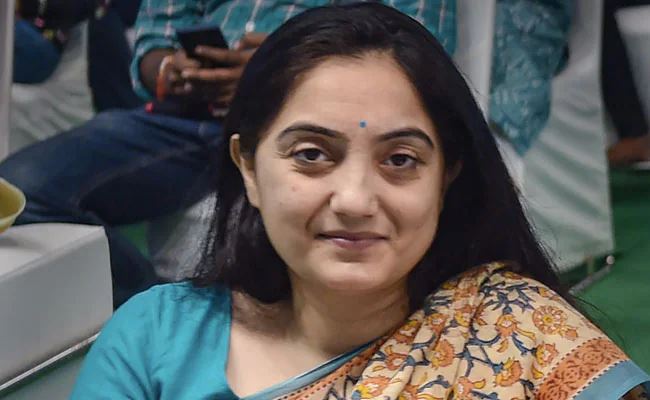 The remarks made by BJP spokesperson Nupur Sharma on Prophet Muhammad during a TV debate has pushed India into a diplomatic tight corner with entire Muslim world coming together to express its outrage over the comments,

It, perhaps, was unintended, but an ‘irresponsible observation’ regarding Prophet Muhammad, from the spokesperson of the ruling Bharatiya Janata Party (BJP), caused an international embarrassment, a nation-wide resentment among those who believe in a ‘plural’ society, finally pulling down India from the high pedestal of her much-acclaimed world-view. The first Indian victim of this fierce controversy was the Vice-President, Venkaiah Naidu, on a visit to Qatar on the fateful day, when BJP’s spokesperson Nupur Sharma made her derogatory remark in New Delhi. The lunch being hosted at Doha in the honour of the visiting Indian dignitary was cancelled under the pretext of some un-specified health issue of the hosts, and the Indian envoy was promptly summoned to register a strong protest over the  remarks.

The issue has now snow-balled into a bigger controversy, with the entire Muslim world coming together to condemn the remark. There were few takers for the clarification issued by the foreign office in India that the government does not subscribe to the views of Nupur Sharma. It was considered just a ‘damage-control’ exercise for bailing the out of the embarrassing situation caused by a remark, which just undermined the Indian efforts of evolving a strong constituency and support base in the Gulf as well as forging strong ties with the nations of the region.

There is a ‘trust deficit’ in India’s political spectrum even within the ruling party. It is being asked whether Nupur Sharma’s comment was a part of some grand design for aggravating Hindu-Muslim divide or was it just ‘political naivete’ on her part as he indulged in a political-religious rhetoric, a common feature in India’s social media platforms. In recent years, these platforms have mushroomed for furthering a divisive agenda believed to be having the blessings of a powerful section within the ruling party. 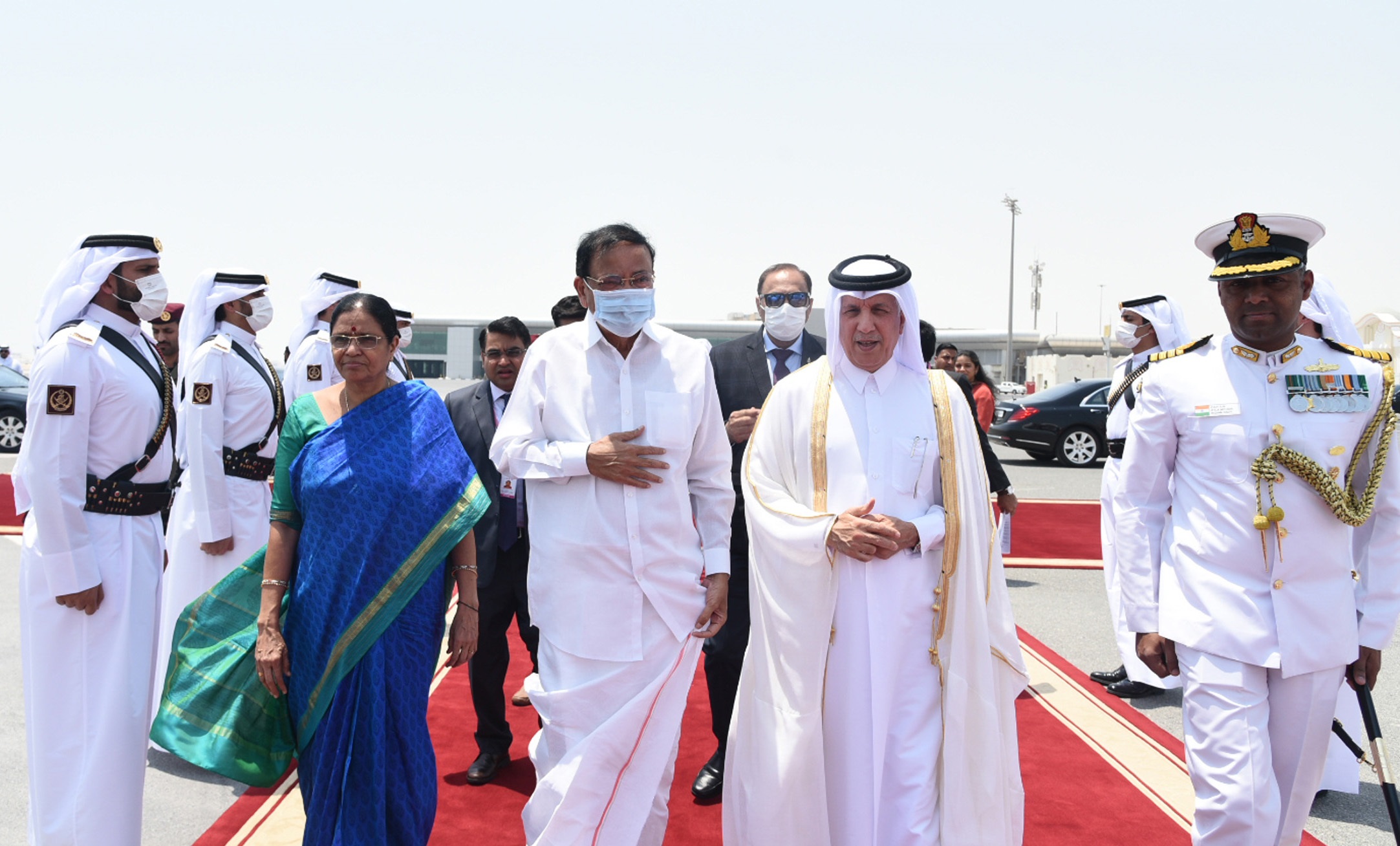 With the eclipse of the founders of the BJP, most of them now consigned to the “Marg darshak mandal”, popularly known as the old-age home designed by the ruling group, which is managing the party these days. It appears that these power-hungry elements have even ‘muzzled’ the political voices within the cabinet often attributed to Gadkari and Rajnath Singh, the Union Ministers of Surface Transport and Defence respectively. It is also being asked whether Sushma Swaraj would have ever accepted to utter such words even asked by the party’s existing leadership or why the present party leadership could not induct or find people like L.K.Advani or Dr. Murli Manohar Joshi or intellectuals like Govindaharya.

There are reports that enlightened sections of the party, though many of them not holding any power position either in the government or the organization, feel frustrated due to the delay in inducting heavy weight political persons in the system. They appear to be hopeful that sooner or later, Prime Minister Naredra Modi and Union Home Minister Amit Shah would learn the lesson that if the key positions in the government and the organization are not assigned on merit, the outcome could be politically disastrous for the ruling party and result in embarrassment to the country. It is being pointed out that the opposition parties, perhaps, may afford mediocrity for the time being, but for the ruling party it is just suicidal.

The ideological confusion has aggravated due to inability of the ruling BJP to replace the character of the Indian state with the much-trumpeted RSS world-view. It goes to the credit of Modi that he has been trying to synthesis the two perspectives. It is difficult to state, whether he would ever succeed or it would remain a non-starter in ideological terms, but his inability to achieve the objective has set in a trail of confusion, which has gripped contemporary India. His speech on the occasion of the completion of 100 years of the Aligarh Muslim University in 2021 should have been lamp post for ending the party’s ideological confusion, but unlike the founders of modern India, Modi does not have the much-needed constituency of a large reservoir of committed scholars for carrying forward his mission. Even the RSS umbrella under Bhagwat appears to be groping in the dark in quest of a suitable narrative. Nupur Sharma’s claim that “She was asked to speak that controversial remark” is indicative of the growing say of the non-political ideologues in the BJP and its government, which continues to be dependent on the superannuated police, military and civil officials and the think tanks or the corporate world. Most of them have now occupied key position is the government for sympathising with the BJP during their respective tenures in the administration or had been instrumental in funding the party since 2014 polls.

The ideological crisis in the system was reflected, when the career diplomats, India’s envoys in Qatar and Kuwait, were summoned to be given the protest notes. It is indicative of the perception that the there is no difference between the ruling party and the government. It, therefore, is not surprising that there were few takers to the claim of the Indian foreign office that the government does not subscribe to the sectarian views of a BJP functionary. Even within the country few are ready to accept the official view that the remarks against Prophet Muhammad are the “views of fringe elements.”

It is yet to be seen whether in future, the party leadership and the government will genuinely make efforts to work together for evolving a plural approach. The choice before them is difficult i.e to continue the policy of running with the hare and hunting with the hound or abandon it for the national interest.

The Genie is Unleashed

It is stated that in the medical world that the immunity in human body prevents one from infections of viruses. It is true about body politic too. The media management accompanied by well-funded social media has been attacking the basic character of the Indian state. The issue is whether the fanning up of the caste politics unleashed in the northern India during nineties or countering it by the Hindutva is justified. It is for the country’s major political outfits to find a way to come out from this never-ending cesspool of the ‘opportunistic politics’. It has already triggered off communal virus adversely affecting India’s position as a symbol of all-inclusive democracy.

The spin off the controversy is now in the public domain. It had flared up during the first week of June, following the remarks of the BJP national spokesperson, Nupur Sharma, on a TV debate and the party’s Delhi media head Naveen Kumar Jindal’s now deleted tweets against Prophet Muhammad, have adversely affected the India-Arab world ties. The last minute cancellation of the lunch being hosted in the honour of Venkaiah Naidu by the deputy Amir Sheik Abdullah Bin Ahmed al Thani, at Doha has indicated the impact of the unnecessary irresponsible comments from the ruling party’s spokesperson.

It may be recalled that it was the rulers of Qatar, who had extended invitation to India during the crucial negotiations between the USA and the Taliban much against the wishes of Pakistan.

Apart from the protests from the governments of the Gulf region, the outrage over the remarks has spread in the Arab world with a trending Twitter hash-tag calling for a boycott of Indian products in some countries. It has defeated the personal effort of Modi in cultivating close ties with the countries of the region. The damage control is not possible only by the expulsion of Nupur and Naveen Kumar Jindal. The party must counter their claim that they were told by some ‘higher-ups’ to make the comment with adequate visible initiative. The clarifications issued by the two BJP leaders that it was never their intention to hurt anyone’s religious feelings. She has withdrawn her controversial statement, but her comment that her reaction was to “continuous insult and disrespect towards our Mahadev (Lord Shiva)” has defeated the purpose of the apology.

A Delight for Pakistan

Pakistan, perhaps, was awaiting an opportunity to regain its credibility in the Muslim world. Nupur Sharma and her associates, have not only maligned India’s liberal image, but they have done immeasurable collateral damage to the Indian state. It is just not a case of keeping your foot in the mouth that one expresses something thing inadvertently, but it is the outcome of the ‘negative narrative’ expressed in the name of ‘strong nationalism’ blended with Hindutva being weaved in during the past couple of years.

One is just reminded of an earlier incident, when the then BJP president, Bangaru Laxman, was found accepting bribe in a defence deal. Did the party learn any lesson? One of the persons, who was defending the accused, Ram Nath Kovind, was rewarded for his support to the accused. He was rewarded by a governorship and was finally elevated as the President of India. It may also be noted that this rallying around the corrupt finally sealed the fate of Atal Bihari Vajpayee government. The trial court did not endorse Kovind’s assertion that Laxman was an innocent person, he was beign trapped by a media house. Eleven years later, the court not only rejected Kovind’s evidence but Laxamn was finally convicted. In this case Laxman was found accepting the bribe of Rs one lakh in a sting operation. There are reports that the Qatar Government has accepted the BJP’s decision to remove Nupur Sharma, but it may continue to press for a public apology for the controversial remarks.

Nupur Sharma and her supporters in the social media appear to have reinstated Pakistan’s fragile position in the Arab World.  It has joined the powerful emirates of the Gulf region and kingdoms like Saudi Arabia and UAE in condemning India. With the 57-memebr OIC (organization of Islamic Cooperation) having its membership across four continents also condemning India shows that the anti-India proxies have suddenly been invigorated. The ongoing efforts for the damage control is not only inadequate, it also lacks direction.